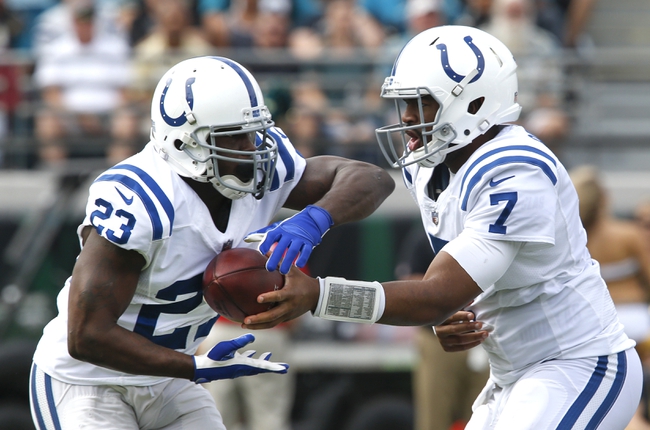 The Denver Broncos have a chance to win back-to-back games for the first time since the first two weeks of the season. The Denver Broncos have lost eight straight road games. Trevor Siemian is completing 59.1 percent of his passes for 2,218 yards, 12 touchdowns and 13 interceptions. Siemian has one or less touchdown passes in seven of his last eight games. Demaryius Thomas and Emmanuel Sanders have combined for 1,258 receiving yards and six touchdowns while Bennie Fowler III has 25 receptions. The Denver Broncos ground game is averaging 105.5 yards per contest, and C.J. Anderson leads the way with 700 yards and two touchdowns. Defensively, Denver is allowing 24.2 points and 280.5 yards per game. Brandon Marshall leads the Denver Broncos with 90 tackles, Von Miller has 10 sacks and Justin Simmons has two interceptions.

Neither of these teams have anything to play for at this point and they're both in awful form, so good luck picking this game on short rest. The Denver Broncos haven't won a road game since December 4 of last year and have scored 19 or less points in five of their six road games this season. Yes, the Broncos did shutout the Jets last week, but beating up on another playoff team at home doesn't move the needle for me. The Indianapolis Colts haven't won since the begining of November and find creative ways to lose, but six of their last nine games have been decided by six or less points. The Colts have been able to compete this season and with a bounce here or a bounce there, they could easily have more victories on their record. Look, I'm not high on either of these teams and I'm not going to bet this game personally, but I'm certainly not laying points with Siemian and the Broncos on the road. I'd take the Colts at home if forced to pick this dumpster juice of a game.