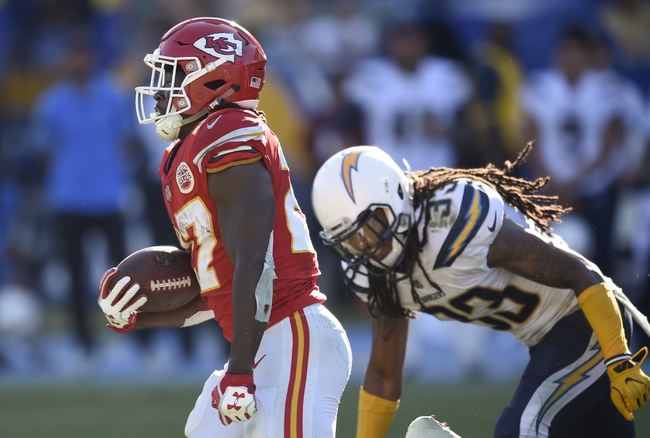 I came into this game thinking the Chargers were going to be the underdog, and I was going to jump all over it. Seeing that the Kansas City Chiefs are getting points kind of makes me lean to the home team. One, Kansas City has won the last seven meetings against Los Angeles, not losing to the Chargers since December of 2013. Also, neither of these teams are the way the public views them. Many are saying the Chargers are contenders after four straight wins, but those wins came against teams with a combined record of 19-33. Many are quick to write the Chiefs off after a brutal losing stretch, but they're still the same roster that got off to an impressive start and still have a shot to win the AFC West. These teams are probably somewhere in the middle of where many view them. Short rest and at home, I like the Kansas City Chiefs in this spot.