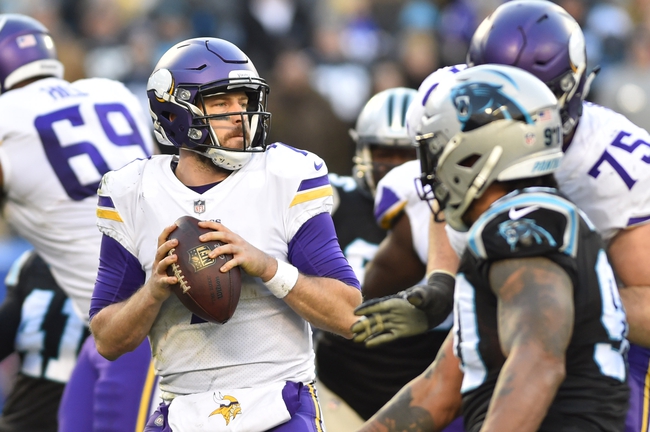 We have some inter-conference action on the gridiron, as the Cincinnati Bengals face off against the Minnesota Vikings.

The Cincinnati Bengals come into this one looking to rebound from back-to-back losses, including a 33-7 defeat at the hands of the Chicago Bears in their last outing. Andy Dalton threw for 141 yards, a touchdown and an interception on 14 of 29 passing, while AJ McCarron threw for 47 yards in relief of Dalton. Giovani Bernard led the Cincinnati ground attack with 62 rushing yards on 11 carries, while also leading the Bengals with 6 catches for 68 yards. A.J. Green chipped in 5 receptions for 64 yards, while Brandon LaFell added 3 catches for 24 yards, including the team’s lone touchdown grab in the win. Defensively, a pair of Michael Johnson sacks were the lone individual highlights as Cincy gave up 482 yards of total offense and over 38 minutes of possession to the Bears in the loss.

The Minnesota Vikings will try to rebound after having their 8 game winning streak snapped with a 31-24 loss to Carolina in week 14, their first loss in over 2 months. Case Keenum threw for 280 yards, 2 touchdowns and 2 interceptions on 27 of 44 passing, while Jerick McKinnon led the team with 46 rushing yards while Keenum added 40 on the ground as well. Adam Thielen led the team with 6 catches for 105 yards and a touchdown, while Stefon Diggs added 6 receptions of his own for 64 yards. Kyle Rudolph chipped in 3 catches for 41 yards with a touchdown grab of his own. On defense, the Vikings combined for a pair of sacks and an interception, all giving up 345 yards of total offense to the Panthers in the loss.

Cincinnati is just falling apart and are waiting for the season to end, while Minnesota will look to rebound and have their sights set on home field advantage and top seed in the NFC now that Philadelphia has taken a huge blow with the loss of Carson Wentz for the season. This is a game that Minnesota should dominate from beginning to end, so I’ll lay the points with the Vikings here.