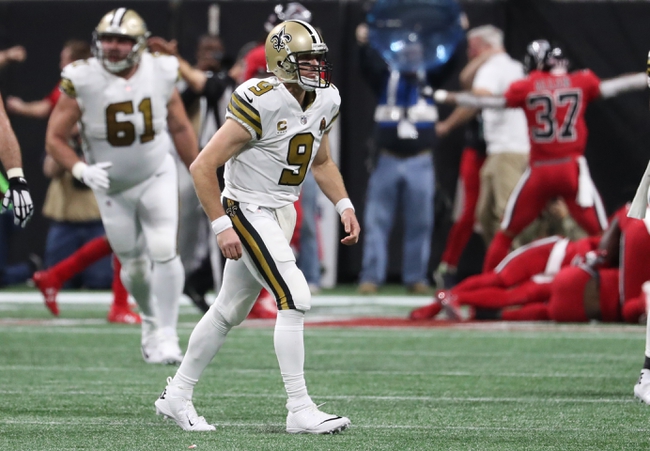 The New York Jets and the New Orleans Saints face off in an inter-conference matchup in week 15 NFL action.

The New York Jets will try to find some consistency after losing 3 of their last 4 games, including a frustrating 23-0 loss to the Denver Broncos, dropping to 5-8 on the year. Josh McCown threw for 46 yards and an interception on 6 of 12 passing before leaving the game with a broken hand, effectively ending his season. Bryce Petty threw for 14 yards on 2 of 9 passing in relief. Bilal Powell rushed for 35 yards on 13 carries, while Robby Anderson caught a team-high 3 passes for 27 yards. Matt Forte added a pair of catches for 21 yards, while no other Jet had more than 1 catch in the loss. On defense, the Jets had a pair of sacks while giving up 273 yards of total offense and over 37 minutes of possession in the losing effort.

The New Orleans Saints will also try to find some consistency after alternating wins and losses in each of their last 4 games, including a 20-17 loss to Atlanta to kick off week 14 on Thursday Night Football. Drew Brees threw for 271 yards, 2 touchdowns and an interception on 26 of 35 passing, while Mark Ingram led the Saints on the ground with 12 carries for 49 yards after Alvin Kamara left with an injury. Michael Thomas led the team with 10 catches for 117 yards and a touchdown, while the aforementioned Ingram caught 4 passes out of the backfield for 43 yards. Tommylee Lewis added a touchdown grab of his own in the win. On defense, the Saints combined for a sack, 3 interceptions and a forced fumble as the Saints allowed 343 yards of total offense and just under 35 minutes of possession in the loss.

This is a lot of points to lay, but the Saints are the only team with anything to play for at this point. On top of that, I have no faith in the Jets’ ability to move the ball with Bryce Petty under center. Plus, the Jets just looked awful against a Broncos team that has looked awful for the majority of the season. I don’t love the line, but I just don’t see anything else happening here except a Saints rout.