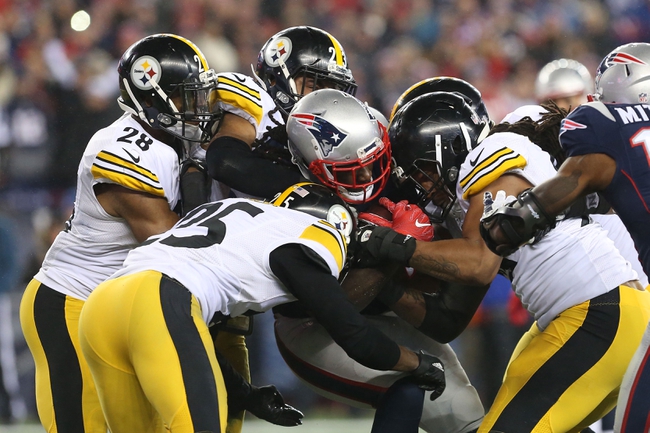 The New England Patriots rarely lose back-to-back games, so I guess they're the right team favored, but they also don't always play the Steelers on the road on short rest after a loss. The Patriots offense had major issues against the Miami Dolphins Monday night, and I'm not sure getting Gronkowski back is going to fix everything. New England also couldn't consistently stop Miami's offense, which is horrible news when going up against Big Ben, Bell, Brown and the rest of the gang. The Steelers may not win pretty and have had to make big comebacks recently against lesser teams, but they get the job done and when they're focused and dialed in, usually in the second half, they're a tough team to stop. This is pretty much for the top seed in the AFC and it's in Pittsburgh. I'm not sure how you can turn down the free field goal with the Steelers, especially with the Pats on short rest and playing back-to-back road games.