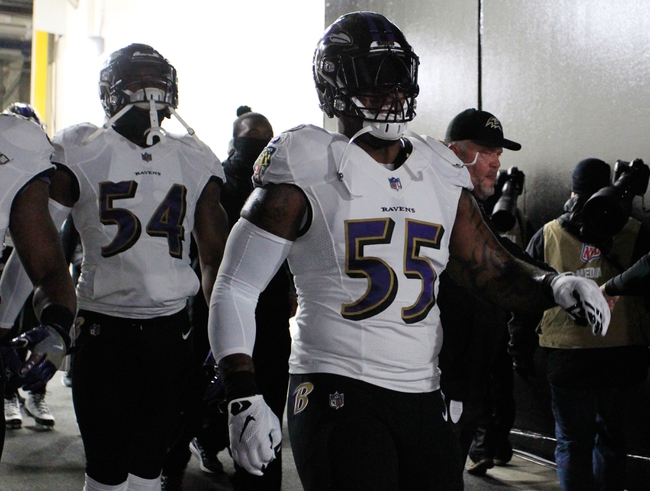 The Baltimore Ravens have won five of their last seven games and need another victory to stay in the thick of the AFC playoff race. The Baltimore Ravens have won three straight home games. Joe Flacco is completing 64.2 percent of his passes for 2,701 yards, 14 touchdowns and 12 interceptions. Flacco has one or less touchdown passes in six of his last nine games. Mike Wallace and Jeremy Maclin have combined for 1,088 receiving yards and six touchdowns while Benjamin Watson has 49 receptions. The Baltimore Ravens ground game is averaging 116.8 yards per contest, and Alex Collins leads the way with 844 yards and five touchdowns. Defensively, Baltimore is allowing 18.3 points and 324.7 yards per game. C.J. Mosley leads the Baltimore Ravens with 121 tackles, Terrell Suggs has 11 sacks and Eric Weddle has six interceptions.

It's no secret the Baltimore Ravens are the better football team, and they're still fighting for their playoff lives, so they'll be the team that plays with that edge and purpose. But we're getting two free touchdowns, numbers you rarely see in the NFL. I have to take it. One, this game is on short rest, and if we know anything from the Thursday games, we tend to see close and sloppy games on short rest. Also, say what you want about the Colts and their losses, eight of their last 13 games have been decided by single digits. The Colts don't win and can never get over the top in the second half, but they haven't given up on Chuck Pagano and they compete every week. Let's also not act like the Ravens are lighting the scoreboard up and are blowing teams out. I'll take my chances with the boatload of points here.