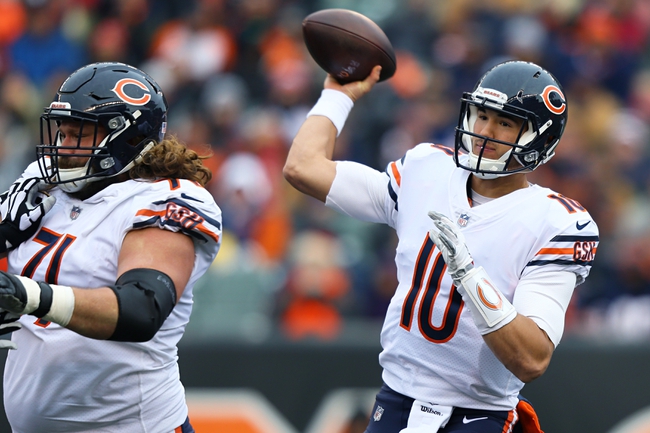 The Chicago Bears could also use a feel good victory after losing six of their last seven games. The Chicago Bears have lost their last three home games. Mitchell Trubisky is completing 59.8 percent of his passes for 1,822 yards, seven touchdowns and seven interceptions. Trubisky has one or less touchdown passes in all 10 games during his career. Kendall Wright and Tarik Cohen have combined for 885 receiving yards and two touchdowns while Joshua Bellamy has 20 receptions. The Chicago Bears ground game is averaging 118.6 yards per contest, and Jordan Howard leads the way with 1,069 yards and seven touchdowns. Defensively, Chicago is allowing 21 points and 323.2 yards per game. Christian Jones leads the Chicago Bears with 84 tackles, Akiem Hicks has eight sacks and Eddie Jackson has two interceptions.

While a lot of gamblers out there make a case for the Cleveland Browns and the points every week, I'm the one person who fades them regardless of the number and hit more times than not. It's the freaking Browns, they find a way to screw you. Well, this is the one week I'll take the Browns and the points. The Bears aren't much better than the Browns if we're being honest, as the offense has scored 17 or less points in six of their last eight games and they've turned the ball over 22 times. A victory here also doesn't help the Chicago Bears at all in terms of draft position. The Cleveland Browns are still playing hard and are tired of this losing streak, especially the road losing streak that's now over two years old. The Browns have come close recently to breaking the skid, and if there's one game they could close the deal, it would be this one. Cleveland can't beat the Steelers on the road next week, so this is Cleveland's last chance to avoid an 0-16 record. Give me the free touchdown.