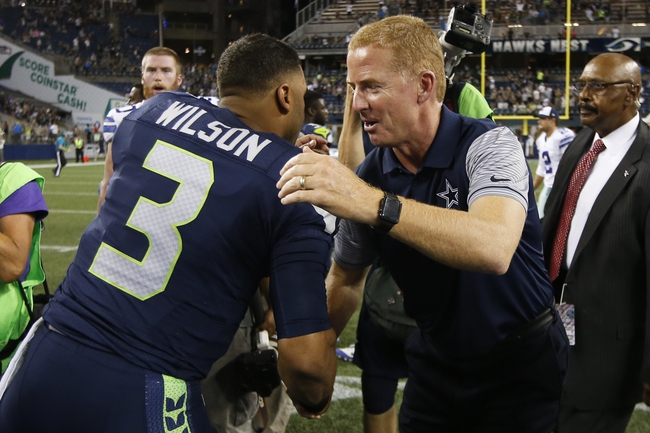 There are massive playoff implications on the line as the Seattle Seahawks pay a visit to the Dallas Cowboys on Christmas Eve in week 16 NFL action.

The Seattle Seahawks will try to rebound from a pair of back-to-back losses, including a 42-7 romp at the hands of the L.A. Rams in their last outing to fall to 8-6. Russell Wilson led the team by throwing for 142 yards and a touchdown on 14 of 30 passing, while also leading the team with 39 rushing yards. J.D. McKissic led the team with 3 catches for 38 yards, while Luke Willson’s lone catch went for 26 yards and a touchdown. On defense, the Seahawks combined for a pair of sacks, an interception and a forced fumble, all while giving up 352 yards of total offense and almost 37 minutes of possession to the Rams in the loss.

The Dallas Cowboys will look to build on their current 3 game winning streak following a 20-17 win over Oakland pushed their record to 8-6 this season. Dak Prescott threw for 212 yards and 2 interceptions on 18 of 27 passing, while also rushing for a touchdown. Alfred Morris led the team with 61 rushing yards on 16 carries, while Rod Smith added a rushing score of his own. Dez Bryant led the team with 59 receiving yards, while Jason Witten added a team-high 4 catches for 47 yards. On defense, the Cowboys combined for a trio of forced fumbles while holding the Raiders to just 293 yards of total offense in the win.

This line started at a field goal and it’s swelled up a couple of points and to be honest I’m not sure why. Sure, the Cowboys are in better form and are at home, but let’s not forget that the Seahawks are right there with Dallas and are fighting for their playoff lives too. You can rest assured that the Seahawks will come into this one angry after putting up such a poor performance in their last game, and I’m sure coach Carroll made sure his guys knew about it. I’m not saying the Seahawks come out and win, but I think this game will come down to a field goal so I’ll take Seattle and the points here.