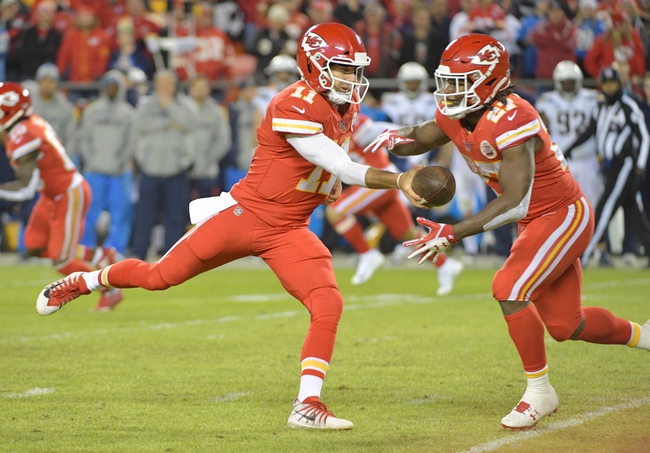 The Miami Dolphins and the Kansas City Chiefs square off in week 16 NFL action on Christmas Eve from Arrowhead Stadium.

The Miami Dolphins will look for a road win to keep their narrow playoff hopes alive after falling to 6-8 this season thanks to a 24-16 loss to Buffalo in their last outing. Jay Cutler threw for 274 yards and 3 interceptions on 28 of 49 passing, while Kenyan Drake rushed for 78 yards and a touchdown on 16 carries. Jarvis Landry led the Dolphins with 10 catches for 99 yards, while DeVante Parker added 6 catches for 89 yards and the aforementioned Drake added 6 catches out of the backfield for 35 yards. On defense, the Dolphins combined for a pair of sacks while giving up 328 yards of total offense to the Bills in the loss.

The Kansas City Chiefs will look to stay hot to finish off their division race after notching a pair of crucial division wins, including a 30-13 win over the L.A. Chargers in their last outing to climb to 8-6 this season. Alex Smith threw for 231 yards and 2 touchdowns on 23 of 30 passing, while Kareem Hunt led the team in rushing with 24 carries for 155 yards and a touchdown. Hunt added a 2nd touchdown, logging a receiving score with his team-high 7 catches for 51 yards. Tyreek Hill led KC with 88 receiving yards and a touchdown on 5 catches, while Travis Kelce added 6 catches for 46 yards. On defense, the Chiefs combined for a pair of sacks, 3 interceptions and a forced fumble that they also recovered, all while holding the Chargers to 307 yards of total offense in the game.

I’ll admit it, I was dead wrong about the Chiefs in back-to-back weeks and I was also wrong about the Dolphins last week. I thought maybe Miami would be able to take advantage of a reeling Bills team, and Jay Cutler goes out and plays like the Jay Cutler I’ve become accustomed to seeing over the years, throwing picks like they’re going out of style. Kansas City could lock up the division with a win and some help here, and I think the Chiefs end Miami’s playoff hopes with a big win and double-digit cover in this one.