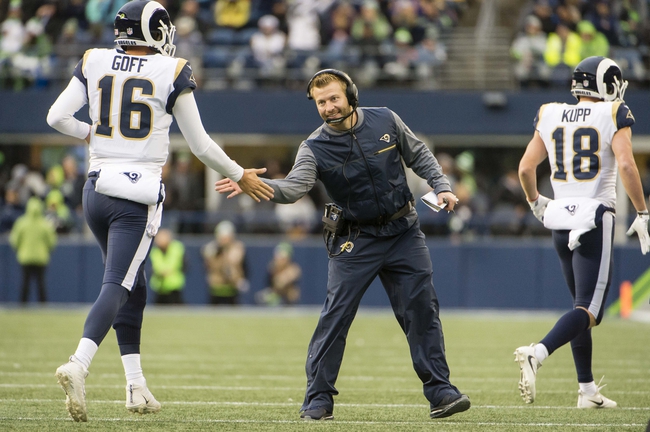 We have an interesting inter-conference matchup on tap in week 16 NFL action, as the L.A. Rams take on the Tennessee Titans.

The Los Angeles Rams will look to build on their 10-4 record and officially clinch the NFC West division crown after taking a step in the right direction thanks to a 42-7 thrashing of the Seahawks in their last outing. Jared Goff threw for 120 yards, 2 touchdowns and an interception on 14 of 21 passing, while Todd Gurley II added 21 carries for 152 yards and 3 touchdowns to lead the Rams in rushing. Gurley II added a receiving score as well, while Robert Woods led the team with 6 catches for 45 yards and a touchdown of his own. On defense, the Rams combined for 6 sacks, including 3 from Aaron Donald, along with 3 forced fumbles, one of which was recovered. All of this while holding the Seahawks to just 149 yards of total offense, a 4 for 14 mark on 3rd down and just over 23 minutes of possession in the win.

The Tennessee Titans will try to rebound from back-to-back losses, including a 25-23 setback at the hands of the San Francisco 49ers in their last outing. Marcus Mariota threw for 241 yards and 2 touchdowns on 23 of 33 passing, while DeMarco Murray rushed for 59 yards on 18 carries. Rishard Matthews led the team with 6 catches for 95 yards and a touchdown, while Eric Decker added 5 receptions for 63 yards and Delanie Walker added 5 catches for 37 yards and a touchdown as well. The Titans’ defense combined for 3 sacks while allowing 414 yards of total offense in the loss.

The Rams haven’t had any success ATS against the Titans over the years, but I think this is where that trend gets bucked. The Rams have had no problems going on the road and covering, going 5-2 ATS away from home this season. Tennessee is limping to the finish line and although the Titans need this win to keep in the playoff hunt, I think L.A. has too much going for them right now, and the Rams win this one by at least a touchdown.