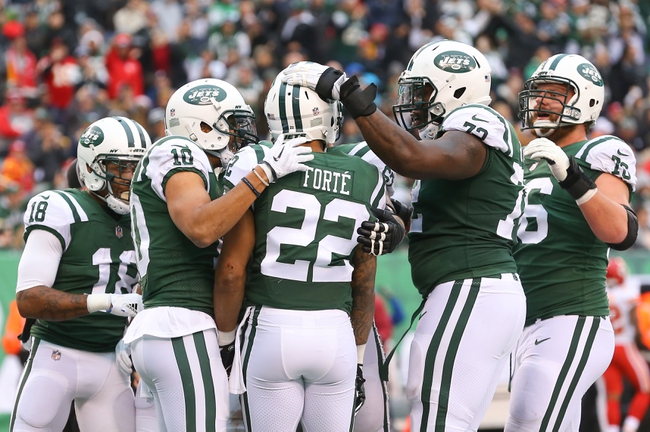 MetLife Stadium will be the site of a cross-country AFC matchup in the NFL on Sunday as the Los Angeles Chargers visit the New York Jets.

LA is currently 7-7 on the season. The Chargers had a nice four-game win streak going before falling to the Chiefs 30-13 in their last game. In that one, Chargers QB Philip Rivers posted 227 yards with one TD and three picks.

Rivers currently has 3838 yards on the season with 24 touchdowns and 10 picks, and melvin Gordon leads the Chargers on the ground on 931 yards and seven touchdowns. Keenan Allen is the top Los Angeles receiver with 1197 yards and five touchdowns from 88 catches.

Over on the Jets’ side, they’re currently 5-9 this season. New York has lost four of their last five games and seven of their last nine, most recently falling to the Broncos and Saints. In the New Orleans game, Jets QB Bryce Petty put up 179 yards with one TD and two picks.

This year, Petty has totaled 193 yards on 21-of-48 passing for one TD and two INTs for the Jets. Bilal Powell leads the New York rushers on 581 yards and four scores, while Robby Anderson is the top receiver on 888 yards and seven TDs from 57 catches.

After that nice win streak, LA’s playoff hopes have nearly been eliminated, thanks to that dud against the Chiefs. There’s still a remote chance the Chargers can get in, though, so they’ll come out to play here. As for the Jets, they’ve got nothing to play for over these last two games except draft position, so it wouldn’t be surprising to see them trying out some of their depth guys. If the line were any thicker I’d probably go the other way but for now I’ll take the Chargers. That said, the Jets are really good at winning meaningless games toward the end of the season, so this is probably one to stay away from.