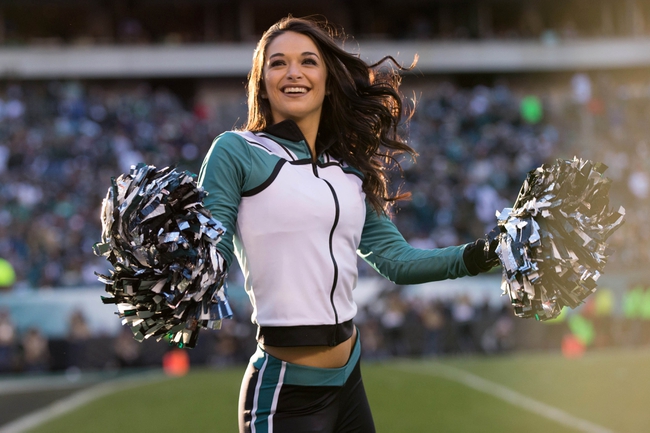 Coming up at Lincoln Financial Field on Christmas evening, the NFL’s “Monday Night Football” matchup will feature the Oakland Raiders and the Philadelphia Eagles.

Oakland is currently 6-8 on the season. The Raiders have lost their last two games versus Kansas City and Dallas. In the Cowboys game, Raiders QB Derek Carr logged 171 yards with two touchdowns.

This season, Carr has 3133 yards with 20 TDs and 10 picks, while Marshawn Lynch is the top Raiders rusher on 695 yards and seven TDs. Jared Cook leads Oakland in receiving with 638 yards, two touchdowns and 50 catches.

As for the Eagles, they’re sitting pretty at 12-2 this year. Philly lost to Seattle early this month, but since has beaten the Rams and Giants on the road. In that Giants game, Philadelphia QB Nick Foles logged 237 yards and four touchdowns.

In limited action this year, Foles has put up 335 yards with four TDs  and no picks on 34-of-52 passing for Philadelphia. Tops in rushing for the Eagles is LeGarrette Blount with 717 yards and two scores, while Alshon Jeffery has 781 yards and nine TDs to lead the receiving corps.

With that Dallas loss, the Raiders effectively extinguished their slim playoff hopes. Oakland has put up just 32 combined points over their last pair of games. As for the Eagles, some of the concern over Carson Wentz being lost for the season was alleviated by Foles’ great outing last week (though Foles is a severe downgrade in mobility), but there are still some areas of Philly’s play that need addressed before the playoffs. The Eagles have already earned their first-round bye so they may not come out with much urgency here. This will be a comfy home game for Philly against a deflated Raiders team traveling across the country, but the line is just a little too thick for my liking. I’ll take Oakland.