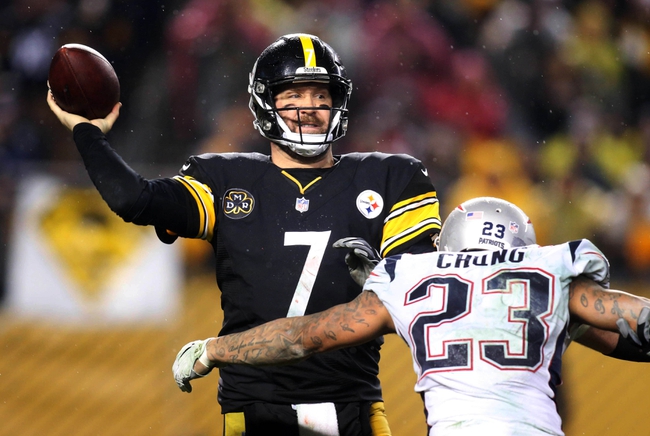 We have an interesting matchup to kick off the week 16 Monday Night NFL double-header, as the Pittsburgh Steelers pay a visit to the Houston Texans.

The Pittsburgh Steelers will try to rebound after having their 8 game winning streak snapped thanks to a controversial 27-24 loss to the New England Patriots in their last outing. Ben Roethlisberger threw for 281 yards, 2 touchdowns and an interception on 22 of 30 passing, while Le’Veon Bell led Pittsburgh in rushing with 24 carries for 117 yards and a touchdown. JuJu Smith-Schuster caught a team-high 6 passes for 114 yards, while Martavis Bryant added 4 catches for 59 yards and a touchdown. Bell added 5 catches out of the backfield for 48 yards, and Eli Rogers added a touchdown pass for 18 yards with his lone reception. On defense, the Steelers combined for a pair of sacks and an interception, holding the Pats to just under 25 minutes of possession, while giving up 360 yards of total offense in the loss.

The Houston Texans will look for a big home win to snap a 4 game slide after falling to the Jacksonville Jaguars in their last outing by a final score of 45-7. T.J. Yates threw for 128 yards, a touchdown and an interception on 12 of 31 passing, while Alfred Blue led the team with 55 rushing yards and Lamar Miller chipped in 32 rushing yards. DeAndre Hopkins led the team with 80 receiving yards and a touchdown on 4 catches, while Will Fuller V led the team with 5 catches in the loss. On defense, a Brian Cushing sack was the lone individual highlight as the Texans allowed 464 yards of total offense in the loss.

Even with Antonio Brown missing this game, I’m not sure how you could back the Texans, even at home. Houston’s season has been over for a while now, and I have zero confidence with T.J. Yates under center. The Steelers still have a chance at home field throughout the playoffs if they win and get some help, and I think the Steelers keep pace with a big road win and cover, so lay the points with Pittsburgh here.