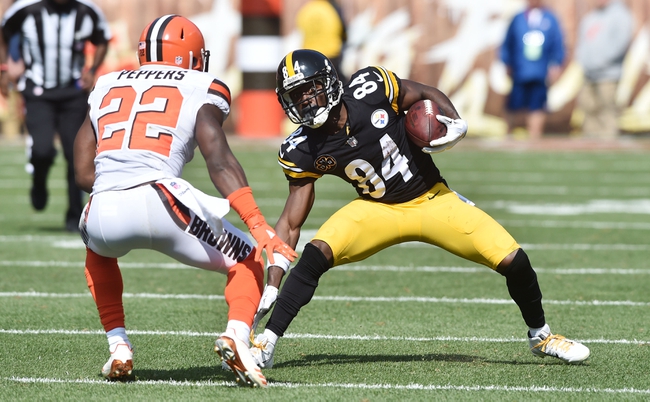 We have an AFC North rivalry game on tap to close out the regular season, as the Cleveland Browns pay a visit to the Pittsburgh Steelers on Sunday afternoon.

The Cleveland Browns are down to their last chance to get a win this season, falling to 0-15 this season after a 20-3 loss to the Chicago Bears in their last outing. DeShone Kizer threw for 182 yards and a pair of interceptions on 18 of 36 passing, while Isaiah Crowell led the team in rushing with 44 yards on 12 carries. Duke Johnson Jr. led the team with 7 catches for 81 yards, and Seth DeValve added 3 catches while no other Brown caught more than two passes or recorded more than logged more than 35 receiving yards. Defensively, the Browns combined for 5 sacks while holding the Bears to 258 yards of total offense in the losing effort.

The Pittsburgh Steelers will look ahead to the postseason after clinching a first round bye, climbing to 12-3 with a 34-6 win over Houston on Christmas Day. Ben Roethlisberger threw for 226 yards and 2 touchdowns on 20 of 29 passing. LeVeon Bell led Pittsburgh with 69 rushing yards and a touchdown on 14 carries, while Roosevelt Nix scored a 1-yard touchdown on his first NFL carry. JuJu Smith-Schuster led the team with 6 catches for 75 yards and a touchdown, while Martinis Bryant added 3 catches for 60 yards and Vance McDonald added 4 catches for 52 yards. Bell added 5 catches while Justin Hunter added a touchdown grab of his own in the win. On defense, Pittsburgh combined for 7 sacks, including 3 from Mike Hilton and a pair from Cameron Heyward, in addition to an interception and 3 forced fumbles, one of which was recovered. All of this while holding the Texans to just 227 yards of total offense in the win.

This line has dropped 9 points since it first opened, but since the line opened Ben Roethlisberger and LeVeon Bell have both been ruled out. To be honest, I’m not sure why as the Steelers have an outside shot at home field with a win and a Patriots loss. It’s a long shot but at the end of the day it’s not my decision. With that out of the way, I said last week that the game against the Bears would be Cleveland’s last chance at a win. But that was under the assumption that Big Ben and Bell would play. Now, with those two and Antonio Brown still out, I think the Browns will pull out all the stops in an effort to get the win here. It may not be a popular pick, but in the final week, I’ll take one last shot with Cleveland and the points here.