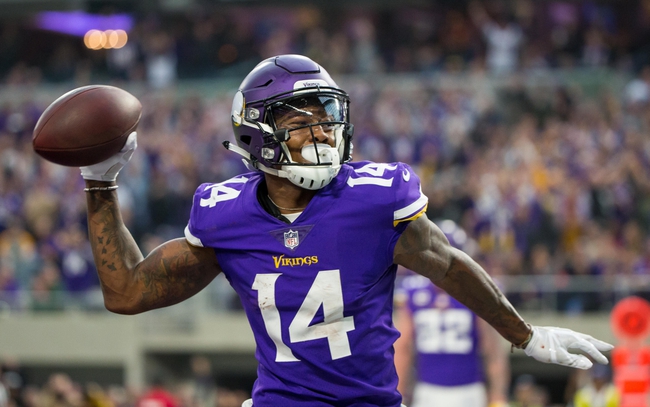 The Chicago Bears look to play spoiler while winning six games for the second time in the last three years. The Chicago Bears have lost four of their last six road games. Mitchell Trubisky is completing 59.9 percent of his passes for 2,015 yards, seven touchdowns and seven interceptions. Trubisky has one or less touchdown passes in all 11 games during his career. Kendall Wright and Joshua Bellamy have combined for 931 receiving yards and two touchdowns while Tarik Cohen has 47 receptions. The Chicago Bears ground game is averaging 117.2 yards per contest, and Jordan Howard leads the way with 1,113 yards and nine touchdowns. Defensively, Chicago is allowing 19.8 points and 318.5 yards per game. Christian Jones leads the Chicago Bears with 87 tackles, Akiem Hicks has 8.5 sacks and Eddie Jackson has two interceptions.

We know the Minnesota Vikings are the better team by far, and they're a playoff team that's still playing for something, as a first round bye is on the line. However, this is a ton of points to just throw out there. When the Bears and Vikings met back in October, the game was decided by a field goal, and the Bears averaged four yards per carry against this Minnesota defense. Also, 10 of the last Bears' games have either resulted in a victory or a loss by single digits. The Chicago Bears may not win a lot of games, but they compete and find ways to hang around. I'm just not going to lay double-digit chalk in this spot.