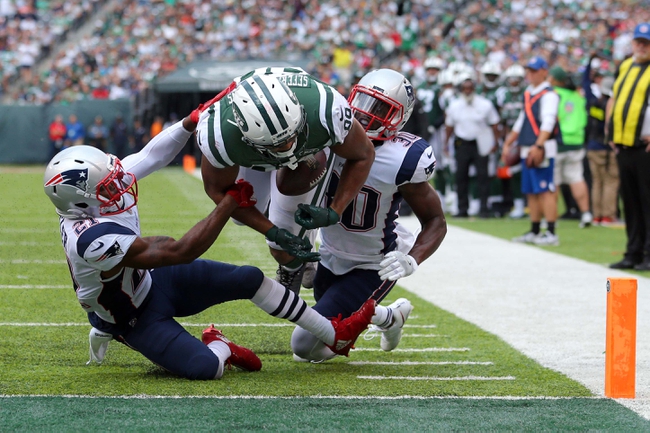 The New York Jets look to end the year with a victory while winning at least six games for the eighth time in the last 10 years. The New York Jets have lost their last four road games. Bryce Petty is completing 47.4 percent of his passes for 312 yards, one touchdown and three interceptions. Petty enters this game with 209 career pass attempts under his belt. Robby Anderson and Jermaine Kearse have combined for 1,690 receiving yards and 12 touchdowns while Austin Seferian-Jenkins has 50 receptions. The New York Jets ground game is averaging 110.8 yards per contest, and Bilal Powell leads the way with 726 yards and five touchdowns. Defensively, New York is allowing 23.7 points and 353.7 yards per game. Demario Davis leads the New York Jets with 124 tackles, Muhammad Wilkerson has 3.5 sacks and Marcus Maye has two interceptions.

At first I was going to back the Jets here simply because I don't like laying monster numbers, especially in the NFL where games are often close. However, the Jets have nothing to play for and a loss actually helps them in the long run due to a higher draft pick. Also, the Patriots have covered each of the last seven times they were home favorites by at least 14 points. The last time New England did not cover at home by at least a two touchdown favorite was in December of 2011. Add in the Patriots other crazy stats against the spread, and I'd eat the chalk if forced to make a play here.