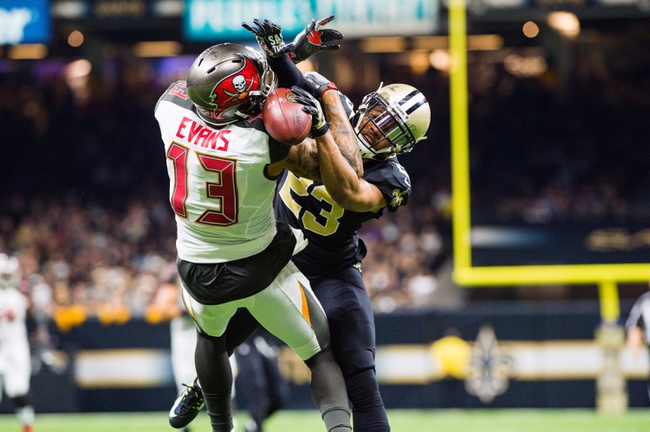 The New Orleans Saints look to lock up top spot in the NFC South as they head into Tampa Bay to face off with the Buccaneers on Sunday.

The Saints are heading back to the NFC playoffs and will look to do so as NFC South division champions with a road victory against the Tampa Bay Bucs on Sunday and with the way their offense has been playing this season it wouldn’t come as a big surprise to see it happen. New Orleans has ridden the play of Mark Ingram, Drew Brees, and rookie sensation Alvin Kamara as the three of them have been lighting up the stats sheet this season and as the playoffs approach it looks like New Orleans is among a handful of teams that have a very real shot at winning the Super Bowl. The Saints are 13-4 ATS in their last 17 games road games and catch a Bucs team that is 2-8 in their last 10 ATS against the NFC and while this line has dropped a ton throughout the week it still favours the Saints by five points.

The Bucs meanwhile have had another very disappointing season and have gone from a trendy preseason playoff contender to a league doormat and will have a handful of issues to address in the offseason including what they are going to do moving forward with Jameis Winston. The former first overall selection from Florida State has struggled to stay on the field this season and even when he is healthy his performance has been mediocre at best and for a group that has Mike Evans, Desean Jackson, and OJ Howard catching balls it is safe to say they have been underwhelming and need to rectify their woes in a hurry if they’re going to be the contenders that people think they can be.