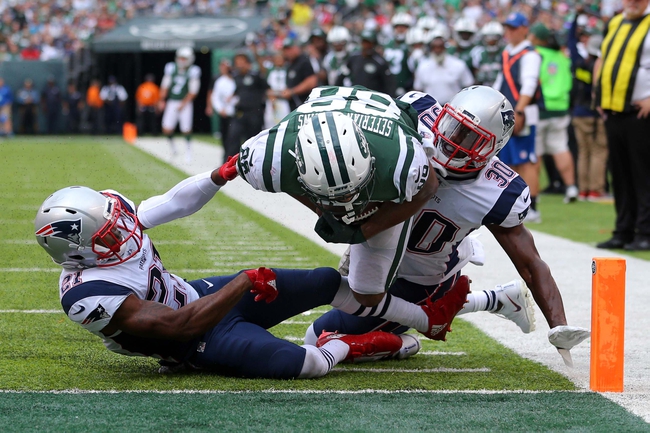 Out at Gillette Stadium on Sunday, the AFC East will be alive in NFL Week 17 action as the New York Jets visit the New England Patriots.

The Jets are 5-10 this year heading into the final week. New York is sitting on a three-game losing streak, falling to Denver, New Orleans and the Chargers in that time. In the LA game, New York QB Bryce Petty put up 119 yards with one INT.

Petty has managed 312 yards, one TD and three picks so far this season, and Bilal Powell tops the Jets rushers on 726 yards and five TDs. Robby Anderson is the leading New York receiver with 62 catches, 939 yards and seven scores.

Over on the Patriots’ side, they’re 12-3 this year. New England lost to Miami a few weeks back but since has beaten the Steelers and Bills. In the Buffalo game, Pats QB Tom Brady logged 224 yards with two TDs and one interception.

Brady has managed 4387 yards this year with 30 TDs and eight INTs, while Dion Lewis leads the Patriots rush on 803 yards and five scores. Rob Gronkowski is New England’s leading receiver with his 1084 yards and eight TDs.

New York obviously has nothing to play for here except pride, but the Patriots can wrap up home-field advantage throughout the playoffs with a victory in this one. It’s hard to imagine the Jets getting close with Petty at QB, but with a fairly thick line it’s hard not to think they might squeak in there. I may be nuts, but I’m taking New York to cover.