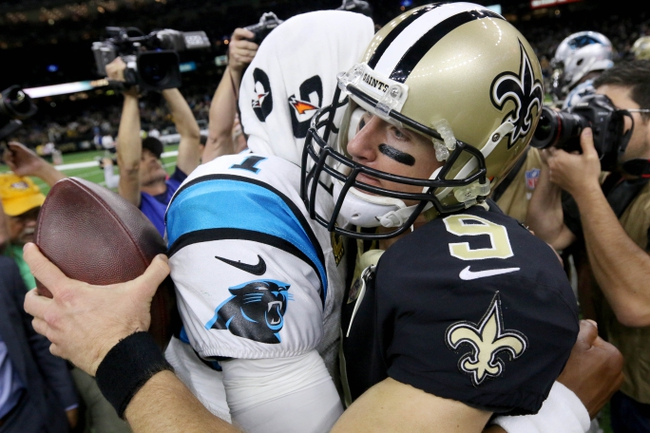 Down at Mercedes-Benz Superdome on Sunday, January 7, the Carolina Panthers and the New Orleans Saints will be matching up in the Wildcard Round of the NFL Playoffs.

Carolina comes into this one after an 11-5 regular season. The Panthers had been on a nice run in the latter part of the year, securing seven wins in an eight-game stretch, but they lost their Week 17 matchup versus the Falcons.

In that final regular season game, Carolina QB Cam Newton threw for 180 yards with one TD and three interceptions on 14-of-34 passing. Newton also led the Panthers in rushing with his 11 carries for 59 yards.

Over on the New Orleans side, they’re fresh off a 11-5 campaign in the regular season as well. The Saints stumbled out of the gate with a pair of losses but then caught fire on an eight-game win streak. New Orleans managed to go 3-3 over their final six games to eke out a division victory and home field advantage here.

In the Saints’ Week 17 loss to the Buccaneers, New Orleans QB Drew Brees put up 245 yards with one TD. Alvin Kamara was the Saints’ leading rusher on nine carries, 44 yards and a TD, while Michael Thomas logged six catches for 94 yards to lead the receivers.

The fun thing about these divisional rivalry games in the playoffs is that we’ve already got a pair of examples to work from. In these teams’ first meeting in Carolina, the Saints took a 34-13 win back in Week 3. The result was similar in Week 13 in New Orleans, as the Saints won that one 31-21. Considering those outcomes, the line here doesn’t really look too bad. I’ll take New Orleans for the win and cover.