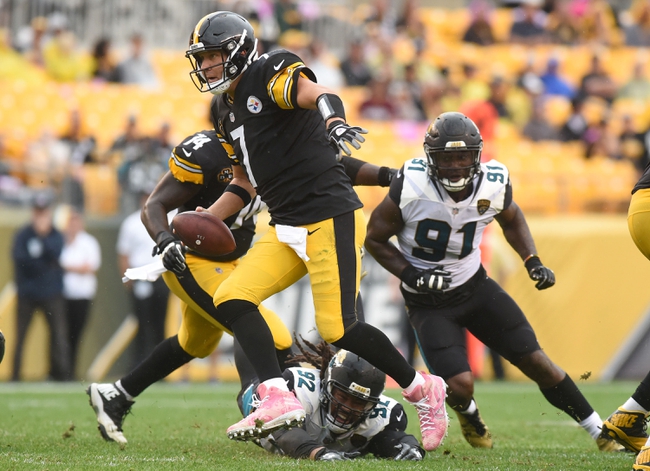 We have an AFC divisional round matchup from Heinz Field as the Jacksonville Jaguars face off against the Pittsburgh Steelers in NFL action on Sunday afternoon.

The Jacksonville Jaguars come into this one fresh off of a 10-3 wild card round win over the Buffalo Bills. Blake Bortles threw for 87 yards and a touchdown on 12 of 23 passing, while also leading the team in rushing with 88 yards on 10 carries. Leonard Fournette added 57 rushing yards on 21 carries, while Dede Westbrook led the Jags’ receiving corps with 5 catches for 48 yards and Ben Koyack added the team’s lone touchdown grab in the win. On defense, the Jaguars combined for a pair of sacks, a pair of interceptions and a forced fumble, all while holding the Bills to just 263 yards of total offense in the game.

The Pittsburgh Steelers got a bye to the divisional round by virtue of their 13-3 regular season record, including wins in 10 of their last 11 games down the stretch. Ben Roethlisberger threw for 4,251 yards, 28 touchdowns and 14 interceptions on 360 of 561 passing, good for a 64.2% completion percentage. Le’Veon Bell led the team with just under 1,300 rushing yards and 9 touchdowns on the ground, while Antonio Brown led Pittsburgh’s receiving group with 101 catches for 1,533 yards and 9 receiving TDs. JuJu Smith-Schuster chipped in 917 receiving yards and 7 touchdowns, while the aforementioned Bell added 85 catches out of the backfield. Cameron Hayward led the team with 12 sacks to anchor a Steelers defense that finished top-5 in total yards against per game with 306.9 yards of total offense against, and gave up just 19.2 points per game, good for 7th in the NFL this season.

If you had told me at the start of the playoffs, that this would be the matchup in the divisional round and that we would get a free touchdown with Jacksonville, I would’ve taken it on the spot considering that the Jags have already won at Heinz Field. However, Jacksonville struggled to find offense against a subpar Bills defense, and that won’t fly when you take on one of the best all-around teams in the league that has revenge on their mind after one of their 3 losses this season. If Jacksonville struggled to move the ball against Buffalo, I shudder to think of what will happen in the cold weather at Heinz Field, so I’ll lay the touchdown with the Steelers here.