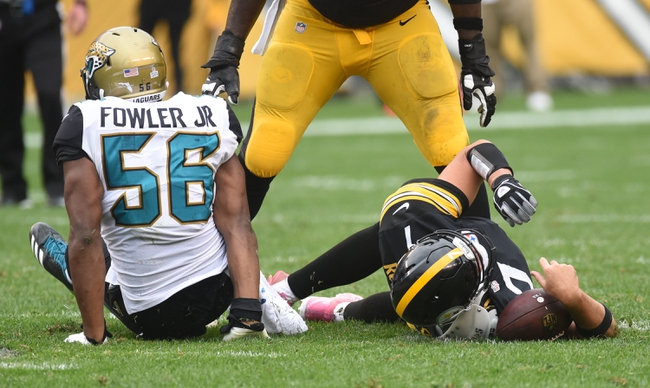 I said last week that the Jacksonville Jaguars could make some noise in these playoffs because of their defense that gives up nothing easy. The Jags and Steelers met at Heinz Field back in week five, and Jacksonville smoked their boots by a score of 30-9. No matter how talented the Steelers offense is, Jacksonville isn't going to back down and is confident it has the ability to win this game. The problem is the Pittsburgh Steelers aren't the same team team as they were in the last meeting, winning 10 of their last 11 games and that one loss should have been a victory against the New England Patriots. (It was a catch) The Steelers offense is clicking and is expected to have a healthy Antonio Brown back on the field. If Pittsburgh can put some points up, I have little confidence that Blake Bortles can keep up. As we saw against the Bills, Bortles misses a lot of easy throws, and Jacksonville's offense is built to grind games out. Get down 10 or 14 points, and it could be tough for the Jags to bounce back. I want to believe in the Jaguars, but because of a weak QB, I have to take the Steelers by a touchdown.