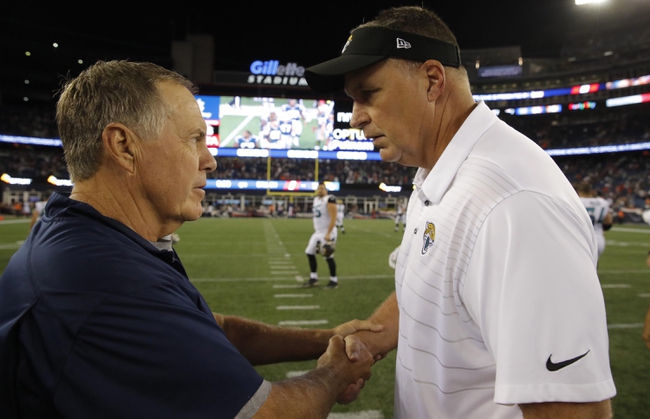 The Jacksonville Jaguars are 1-10 SU against the New England Patriots in franchise history, and many aren't giving them a chance to win this game. However, I think the Jags have earned some respect heading into this game, as they beat up the Pittsburgh Steelers for a second time on the road and the score wasn't a great indication of how that game went, as you never felt the Steelers had a shot once Jacksonville threw its first punch. Bortles has been respectable in these playoffs, as he's taking care of the football and making just enough throws to give the Jaguars offense life. But that Jacksonville defense is what gives it a punchers chance in this game, as the three teams that beat the Pats this season were able to rush Brady, force mistakes and prevent the offense from getting in a groove. The Jags can do that and then some, keeping Brady on his toes and making him uncomfortable. If Jacksonville can keep the Steelers offense in check twice and force miracle touchdown catches, I'm sure they can give a Pats offense that doesn't have nearly the same explosive weapons an issue. Nothing came easy for the most talented offense in the league, and New England's offense is so key on one tight end to make everything work. It's never easy to stop or even slowdown Brady, but it has to be easier than what Jacksonville just faced. I like the value of the points here.