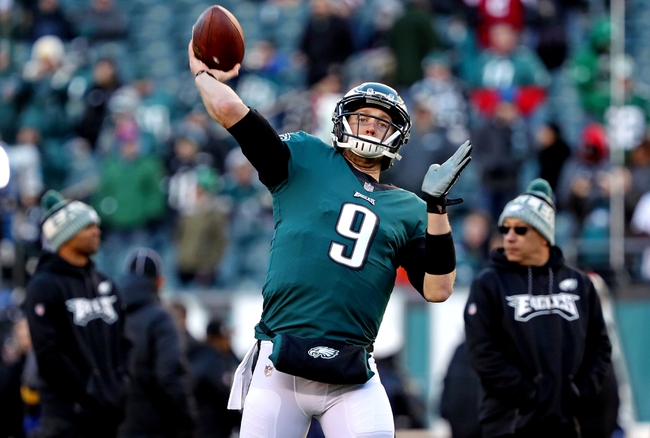 Coming up on Sunday from Lincoln Financial Field, the Minnesota Vikings will be visiting the Philadelphia Eagles in the NFC Championship Game.

Minnesota enters this game following a 13-3 regular season. The Vikings started out a little sketchy at 2-2 but found their stride and managed 11 wins in their final 12 games to easily take the NFC North.

In the Divisional Round against the Saints this past Sunday, Minnesota grabbed a stunning last-second comeback 29-24 victory. Vikings QB Case Keenum would finish 25-of-40 for 318 yards, a game-winning TD pass and one pick, while running backs Latavius Murray and Jerrick McKinnon each scored a touchdown. Stefon Diggs was the hero of the game, though, with 137 yards and the decisive TD on six catches.

Over on the Philadelphia side, they managed a 13-3 regular season as well. The Eagles suffered a big blow when QB Carson Wentz was injured late in the year, but the experienced Nick Foles was able to step in and lead the team into the playoffs.

Philadelphia managed a close 15-10 win over the Falcons in the Divisional Round on Saturday. The Eagles put up a big goal-line stand to finish off the game and punch their ticket to the NFC Championship. Running back LeGarrette Blount scored the only Philly touchdown, and Foles finished with 246 yards on 23-of-30 passing.

It will take a while for football fans to catch their collective breath after that Vikings/Saints game, as it was easily the most dynamic and entertaining of the playoffs so far. Minnesota also has an unprecedented opportunity to play a Super Bowl in their own stadium. That said, the Vikings have to get through Philly to do that, which is no easy task. I’ve probably been more confident in Foles than most people have, but so far he’s doing what he’s supposed to do, which is guide the team to wins. I think the table is set here for a victory—or at least a very close game—so I’m going with the Eagles.