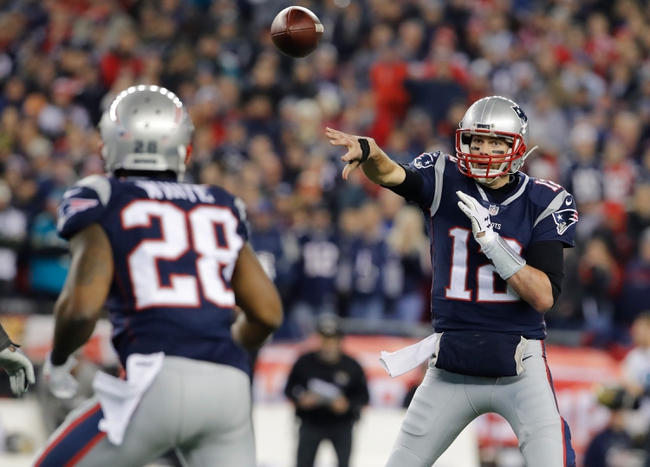 Up at US Bank Stadium on Sunday, it’s the final NFL game of the season as the Philadelphia Eagles take on the New England Patriots in the Super Bowl.

Philly enters this one after a highly successful 13-3 season that saw them tally a nine-game winning streak in the middle of the year. In the playoffs, the Eagles dispatched Atlanta 15-10 in the Divisional Round and the Vikings 38-7 in the NFC Championship.

In that Minnesota blowout, Philadelphia’s Nick Foles put up a nice game, going 26-of-33 for 352 yards and three touchdowns. Most of the work went to Zach Ertz, who led Philly with eight catches for 93 yards, while Jay Ajayi did most of the damage on the ground with 18 carries for 73 yards.

Over on the Patriots’ side, they managed to go 13-3 this season as well, and put up an impressive eight-game win streak during the year. New England drilled Tennessee 35-14 in the Divisional Round, then stormed back to beat Jacksonville after falling behind early in the AFC Championship.

In the Jaguars game, New England QB Tom Brady managed 290 yards with two touchdowns, while Brandin Cooks logged six receptions for 100 yards. The Patriots weren’t much for rushing in that game, though, tallying just 46 yards and a TD on 19 carries as a team.

There are a lot of variables in this game, as you may expect. If the Eagles play like they did in the Divisional Round, they’ll lose. If the Eagles show up with a repeat performance of the NFC Championship, they’ll get a victory. I’ve been a big Foles backer during these playoffs, and even though I think he’ll play well here, the Super Bowl is a completely different animal as opposed to any other game.

On the other side, New England will undoubtedly come in ready, as they've got a lot of experience on their roster. The elephant in the room this past week was Rob Gronkowski, who was nursing a concussion sustained in the AFC Championship. The Patriots are notoriously tight-lipped when it comes to player injuries, but Thursday it was announced that Gronkowski had cleared the concussion protocol and will be taking the field in the Super Bowl. That’s bad news for Philly, as it adds yet another star New England player with big-game pedigree to the mix, and returns Brady’s favorite and most dangerous target.

All things considered, I wouldn’t be surprised to see a repeat performance of the AFC Championship, where the Patriots are down early and then storm back after their halftime adjustments. Chances are this will be a close game, and I believe New England’s experience will guide them to a victory—but it will be tight. I’m hesitantly taking the Patriots to cover here, but in all honesty you’d probably be better served having fun with the game’s random prop bets.