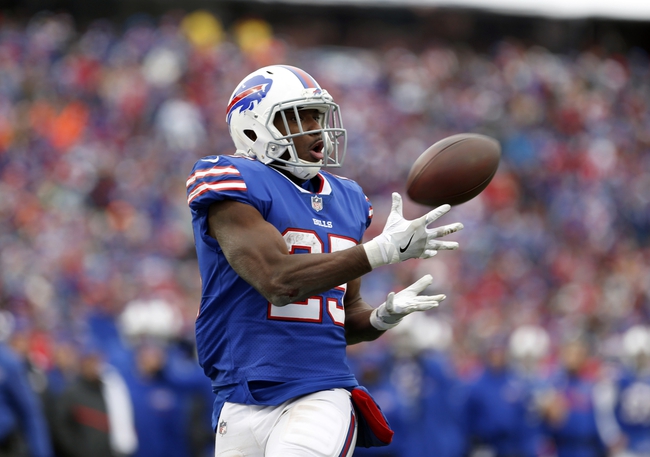 The Buffalo Bills went from making the playoffs for the first time since 1999 to shaking up their roster a bit. Tyrod Taylor is no longer at quarterback, as it’s going to be a combination of AJ McCarron and rookie Josh Allen. Leading tackler Preston Brown bolts for the Cincinnati Bengals and the wide receiver depth takes a hit with the departures of Jordan Matthews and Deonte Thompson. The secondary also takes a hit with cornerbacks E.J. Gaines and Shareece Wright leaving for other AFC teams.

There’s two ways to look at the Bills in 2018. You can either say Buffalo got worse due to no experience at the quarterback position, or you can think this team will be just fine as the defense is still solid, and Taylor wasn’t a difference maker at the position anyway.

The Bills weren’t good statistically last season defensively, but the players are there to improve this unit. Cornerback Tre'Davious White was an all-rookie selection, Micah Hyde is an all-pro safety and the newly acquired Vontae Davis has had injury issues recently, but he’s still one of the more underrated corners when healthy. Star Lotulelei is a solid addition to be paired with Kyle Williams on the defensive line and Trent Murphy is an upgrade at defensive end to add some consistency to the pass rush. Also, rookie linebacker Tremaine Edmunds will help the athleticism of the second unit.

There’s more than enough bodies on defense for the Bills to be a respectable unit and much improved from a bunch that was 26th in the league in yards allowed.

The concern for the Bills is on offense, as McCarron has limited meaningful minutes under his belt and wasn’t good enough to get a look for the Cincinnati Bengals. Allen had his struggles at Wyoming and some question if he has the goods to hack it in the NFL. Kelvin Benjamin is a legit starting receiver, but he has trouble staying healthy, and there’s a serious depth issue with Zay Jones and Andre Holmes behind him. There were also only six teams that allowed more sacks (47) than the Buffalo Bills last season, a number you don’t want to see with two wet behind the ear quarterbacks leading the charge. The Bills have to be more than hand the ball off to LeSean McCoy 30 times a game if they hope to build on last years success. There's also the obvious injury history with McCoy, which isn't going to improve as he gets older.

Say what you want about Taylor, but at least he brought playmaking ability to the offense and could make things happen when the play broke down.

So, we have an offense that lacks an identity and consistent playmakers, and a defense that should be improved but was awful last season. The Bills also open the season with road games against the Baltimore Ravens, Minnesota Vikings and Green Bay Packers. That’s three of the Bills first four games! That doesn’t include having to play the New England Patriots twice, the Jacksonville Jaguars and the Houston Texans on the road. Yikes.

This has the makings of a step back year for Sean McDermott and company.

Bills Win Super Bowl: +12000 No value as even a chance to hedge, as this simply isn’t a playoff team with the lack of talent offensively and the tough schedule to start the season. The Bills will be an early hole and don’t have the pieces to dig themselves out.