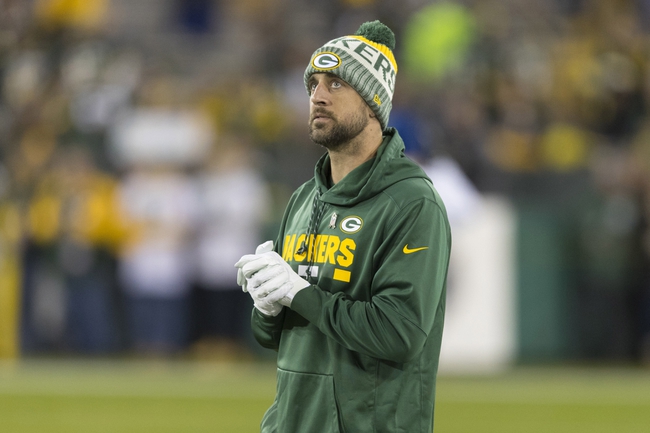 As you start doing your homework for the 2018 NFL season and look at future betting options, you should also be considering some MVP bets as well. While it’s usually the same names and star quarterbacks who win this award, you can find some betting value before the season begins. There are some names to keep an eye on and there are prices worth grabbing before the season begins. Once wins and stats are calculated, value can drop on some of these players.

Jared Goff, Los Angeles Rams - Jared Goff was fifth in the NFL last season with 28 touchdown passes and 10th with 3,804 passing yards. It was his first full season as a starter in this league. Goff now has a full offseason to take his game to the next level, his confidence is high and he has a more consistent No. 1 receiver with the addition of Brandin Cooks. Oh, the Rams are also a legit Super Bowl contender now that they improved the defense as well by getting Ndamukong Suh, Marcus Peters and Aqib Talib. If Goff builds on last years stats and the Rams are one of the top teams in the league this season, he has a real shot of winning this award. Getting +3000 odds on Goff to win MVP is too sweet to pass up.

Ezekiel Elliott, Dallas Cowboys - Since 2007, Adrain Peterson is the only running back to win NFL MVP, but Ezekiel Elliott is worth a look with +4000 odds. Elliott has led the NFL in average rushing yards per game in both of his first two seasons and is averaging 1,673 rushing yards per 16 games. With no real wide receivers to speak of on this Cowboys offense, you can expect Elliott to be an even bigger factor in this Dallas offense. Remember, Elliott carried the ball 322 times in just 15 games as a rookie. If Elliott can get close or reach the 2,000-yard mark, and he’ll have his chances, he’ll be the first Cowboys MVP since Emmitt Smith in 1993.

Deshaun Watson, Houston Texans - In just six starts last year, Deshaun Watson proved he’s a star in the making, as he threw for 1,700 yards and 19 touchdowns while rushing for two scores. Watson had three or more touchdown passes in four of his seven total games played. In other words, in five games Watson had 29 or more pass attempts, he combined for 1,472 yards and 18 touchdowns. Folks, that’s a 16-game average of 4,710 passing yards and 58 touchdowns. Yes, please. Watson is also practicing without a brace and expects to be ready for the regular season. Give me the star QB and +1800 odds.

Aaron Rodgers, Green Bay Packers - You can see I usually like to go for longer odds in future bets, but there’s value at +550 with Aaron Rodgers. He’s won two of the last seven MVP awards and there for 40 touchdowns the last time he played a full season. Rodgers should not only be motivated after a frustrating season, but he also has improved weapons with the addition of tight ends Jimmy Graham and Marcedes Lewis. Those two big bodies will make life a lot easier for Rodgers, while freeing up Davante Adams and Randall Cobb. No. 12 should be able to get rid of the ball much quicker now that there’s more for defenses to worry about. There’s worse things than getting 5.5 times your money back at the end of the season on a bet you made during the summer.

Patrick Mahomes, Kansas City Chiefs - If you’re looking for a deep dark horse bet, you can try your hand at Patrick Mahomes and +5500 odds. The Chiefs obviously were confident enough in Mahomes at quarterback to trade Alex Smith to the Washington Redskins. He’s been getting a ton of positive reviews for his offensive work and was solid in his one game played last season, throwing for almost 300 yards while completing nearly 63 percent of his passes on the road against the Denver Broncos. The Chiefs still have loads of offensive talent in Tyreek Hill, Sammy Watkins, Kareem Hunt and Travis Kelce, so there’s no real drop off here. Also, Smith wouldn’t have gotten this high of a price for MVP if he was still with Kansas City, so why Mahomes? I’ll take a shot in the dark here.