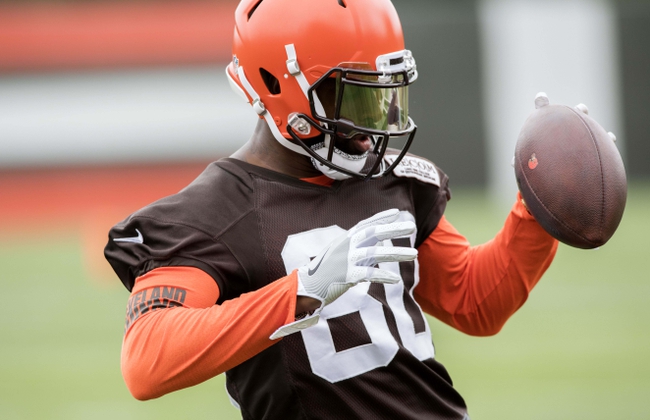 The Cleveland Browns have won a combined one game the last two seasons and bring back coach Hue Jackson for probably a do-or-die season. The guy has to show some sort of progress if he hopes to stick around much longer. The Browns haven’t made the playoffs since 2002, which for an example of how long ago that was, the movie 8 Mile came out that year. Feel old yet? The Browns have a combined four wins the last three years, and there were 30 teams last season that at least reached that win total.

While we know the Browns are historically bad in terms of outright wins, what value do they provide betting wise?

Well, uh, it’s not much different. Last year, the Browns were 4-12 ATS, which was good for dead last in the league. During the 2016-17 season, the Browns were 3-12-1 ATS, which was also worst in the NFL. A 6-10 ATS record in 2015-16 didn’t put any money in your pocket either. You have to go back to the 2014-15 season, when Brian Hoyer was the quarterback, for the Browns to be profitable against the number. There’s nothing worse than teams that can’t win outright and can’t cover the large numbers they’re getting. You can say it’s good to have these teams around as automatic fades, but that doesn’t bring any actual value to the team itself.

This season is expected to be a little different in Cleveland, as there’s new guys calling the shots and there’s a million new faces on the roster. No more playing five different quarterbacks a season with a decent option in Tyrod Taylor on the field. Taylor isn’t the savior for the Browns, but he is a playmaker who can extend plays and breathe life into an offense that was dead last in points scored last season.

Carlos Hyde is a highly underrated running back who was good as the only consistent weapon with the San Francisco 49ers and is a guy who gives 100 percent each game. Jarvis Landry is arguably the best slot receiver in the league and should shine with Josh Gordon and Corey Coleman across from him. Throw a talented, young tight end in the mix in David Njoku, and you see a Browns offense that could do some things. It’s going to take time for all these new guys to get on the same page, but Cleveland could be an exciting team that can move the ball for once.

Defensively, the Browns showed flashes last season, as they were 14th in total yards allowed, but they eventually caved points wise due to being on the field constantly in bad spots. The Browns were seventh in both rushing yards and rushing touchdowns allowed. There’s things to build around with this unit.

A pass rushing duo in Emmanuel Ogbah and Myles Garrett has the potential to be special. Getting Jamie Collins back for a full season will be huge at the linebacker position, as will the addition of Super Bowl champion Mychal Kendricks. Jabrill Peppers should be more comfortable with a season under his belt, and players such as Damarious Randall, Denzel Ward and T.J. Carrie should be able to shake up a secondary that was torched far too often a year ago. There’s some players on this Browns defense and the youth has a chance to really develop into something over time.

I’m not getting overly excited about the Browns, because they’re the Browns at the end of the day. Jackson hasn’t shown me anything as a head coach and this franchise hasn’t won double-digit games since I graduated high school. However, the improved talent brought in does make you think this could be one of the more successful years for this franchise in a decade. There’s going to be value betting on this team if you pick your spots.

Cleveland Browns win AFC North: Yes +1200 / No -1900 (I’m surprised the line is this low given the Browns have one more win than you and I combined the last two years.)

Cleveland Browns make playoffs: Yes +700 / No -1300 (I like a lot of moves the Browns made this offseason, but again, I’m not going nuts because they made some nice moves for once. I have a hard time seeing a team that struggles to win one game win enough to make the playoffs in a 12 month turnaround.)

Cleveland Browns Season Win Total 5.5: Over -140 / Under +120: I was all in on the over until I saw the Browns schedule. Yeah, um, I like the talent brought in, but the Browns have a lot of playoff contenders and tough road games. Throw in the fact the under is at plus money, and I like the under.)

Cleveland Browns Super Bowl: +10000 I’m all for long shot future bets, as at the very least it provides hedging room later on. Getting big odds early in the season guarantees profit later on if you're into hedging. However, if I can’t make a strong enough argument there’s a chance at a playoff berth, there’s no point locking in a Super Bowl bet.