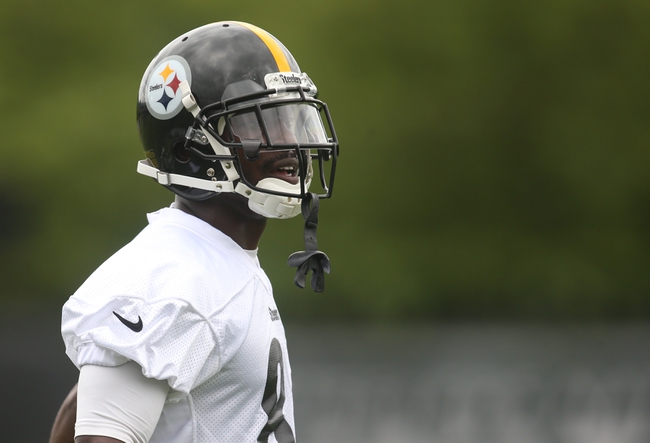 The Pittsburgh Steelers have won double-digit games each of the last four seasons, but none of that success has resulted in a Super Bowl trip. The Steelers have been a great regular season team over the years in terms of outright winning, but they’ve let a lot of people down when it comes to future betting and cashing the big tickets. The pressure has to be getting to coach Mike Tomlin and company, as it feels like that championship window is closing as some key players age.

So, how do we approach the Steelers this season?

The Steelers are a ridiculously talented team on paper, as Le’Veon Bell is one of the top running backs in the league, Antonio Brown is probably the best receiver in the league, Juju Smith-Schuster has emerged as a great No. 2 receiver and Ben Roethlisberger has been shaky at times, but he’s still topped 4,000 passing yards in three of the last five years. As long as Roethlisberger is invested into playing and not playing the retirement card, this Steelers offense can score with anybody and probably ably the most dangerous offense in the league.

The Steelers finished last season eighth in total points scored and third in total yards. The Steelers are a combined 33-5 SU in the regular season when scoring at least 20 points the last three seasons. When the Steelers are clicking offensively, this team is almost unstoppable.

Defensively last season, the Steelers finished seventh in points allowed and fifth in yards allowed. The Steelers also finished first in the league with 56 sacks.

Cameron Heyward is coming off his best season as an all-pro defensive end, Bud Dupree has emerged as one of the best young linebackers in the league and guys such as Vince Williams and T.J. Watt give Pittsburgh possibly the best group of linebackers. It’s a shame Ryan Shazier can’t be with his brothers on the field, but the addition of Jonathan Bostic should also replace that production on the inside. Artie Burns is just tapping into his potential, Joe Haden is a pro bowl corner when motivated and drafting safety Terrell Edmunds is going to pay off right away in the secondary.

There’s a lot of youth on this Steelers defense, but we saw it start to come together last year, and you can expect a more consistent unit with another year of being together. The Steelers are one of the more complete teams in the league and are one of the teams that can realistically be thinking about a Super Bowl title. The problem is we’ve said this about the black and yellow the last few years, and those with future bets have been let down.

Pittsburgh Steelers win AFC North: Yes -270 / No +230 (The Steelers will win this division unless a key injury happens on the offensive side of the ball. There’s not a team in the AFC North that can compete with the Steelers when everybody is healthy.)

Pittsburgh Steelers make playoffs: Yes -525 / No +382 (The Steelers have missed the playoffs just five times in the last 17 years. Yeah, we’re going back to the Kordell Stewart days. These Steelers are one of the more talented rosters the franchise has ever seen. Again, unless a major injury happens, Pittsburgh is fine.)

PIT regular season wins over 10.5: Over +110 / Under -130 (The Steelers have won 11 or more games in six of the last 10 years and managed to win 13 games last season despite getting off to slow starts almost weekly. Most of the tough teams on the Steelers schedule this season are at home where they’re really hard to beat. Pittsburgh will also be motivated to get the top seed, as it’s the one way to increase its chances of getting to the Super Bowl.)

Steelers Super Bowl: +1050 I’m somebody who loves bigger odds when locking in future bets, so I’m usually looking for big dark horses and avoiding the teams everybody and their brother has bet on. But a chance to make 10 times your money is a solid bet. The Steelers are as good, if not more talented than the New England Patriots and Philadelphia Eagles, two teams that have lower championship odds. You can’t go wrong with a Steelers Super Bowl bet.