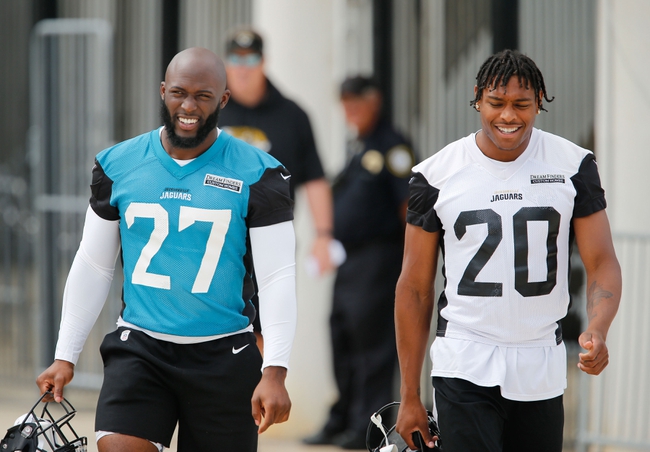 The Jacksonville Jaguars were the surprise team last season, winning 10 games and making it all the way to the AFC Championship Game. The Jags would have been in the Super Bowl if the New England Patriots weren’t gifted many favorable calls in the second half, but we’re not here to discuss past nonsense. Our only focus is to make money in the upcoming months.

The Jaguars have a chance to make back-to-back playoff appearances for the first time since 1999-98.

So, are the Jaguars worth betting on this season?

Last year, the Jaguars finished 9-7 ATS for the regular season, which was tied for seventh best in the league and made you money if you blindly bet them all year. The most impressive trend is the Jaguars have covered eight of their last 10 games as an underdog and four of their last seven games as an underdog have been won outright. Getting Jacksonville and the points has clearly been a money printing machine recently.

As for the team itself, it’s hard to find weaknesses with the Jaguars outside of quarterback. The Jaguars defense finished second last year in both points allowed and yards allowed. With pretty much the same unit returning, you can bet the Jags will have probably the best defense in the league and one of the best of all time.

Calais Campbell is one of the best defensive ends in the league and makes life so much easier for Yannick Ngakoue and Malik Jackson. Linebacker Telvin Smith is coming off an All-Pro season and young Myles Jack is just starting to tap into his potential. The Jags also have a pair of All-Pro corners in A.J. Bouye and Jalen Ramsey, while Barry Church brings experience and sure tackling ability at safety. Everywhere you look on this Jacksonville defense, it’s solid across the board and built to last.

While many say the Jaguars offense isn’t good enough to get this team over the hump, they did add a high quality offensive lineman in Andrew Norwell to anchor left guard. Running back Leonard Fournette is coming off a breakout season and has proven he’s capable of shouldering the load at a young age. Bringing in D.J. Chark and Donte Moncrief at wide receiver makes this a deeper team on the outside, while Austin Seferian-Jenkins provides a security blanket at tight end. The Jags didn’t make many splashy moves, but this offense is much better than it was a season ago.

The obvious question is Blake Bortles at quarterback and if he can be the difference maker needed. Well, in his last 32 games played, Bortles has thrown for nearly 7,600 yards, 44 touchdowns and completed almost 60 percent of his passes. Sure, not great, but as long as Bortles manages the game well, doesn’t turn the ball over and make just enough plays, he’s good enough to get the job done. We not only saw Bortles do this in the playoffs, but we’ve seen past quarterbacks win Super Bowls who weren’t great. Backup Nick Foles just won a Super Bowl. Joe Flacco has a ring. Trent Dilfer was the winning quarterback on a Super Bowl team. All of those guys had similar teams as the Jaguars.

When you have an elite running game and a defense that has a chance to be one of the best the game has ever seen, you don’t need a QB to throw for 50 touchdowns. It would be nice, but Bortles is more than capable of doing just enough to get this team over the top.

I’m on the Jaguars bandwagon.

Jacksonville Jaguars win AFC South: Yes +178 / No -215 (Even if you’re a Bortles hater, you can’t confidently say there’s a better roster in the AFC South than Jacksonville. So, turning down plus money here would be stupid.)

Jacksonville Jaguars make playoffs: Yes -145 / No +115 (The Jaguars are too solid of a team to miss out on the playoffs, especially now that the young players tasted success. There’s a chip on that shoulder now.)

Jaguars Over / Under 10.5 wins: Over +272 / Under -362 (No matter who the Jags play, they have a chance to win because of their style. Defense and ground game. Put Jacksonville against any team and anywhere, they have a shot. I’ll take the over, as you can’t say that about most teams.)

Jaguars Super Bowl Odds: +2250 The Jaguars probably should have been in the Super Bowl last season, but they ran into a team that somehow gets favorable calls weekly. They improved the offense with non flashy moves and the defense returns with a year under its belt. This is one of the more put together rosters in the league. You’d be a fool not to strongly consider placing a wager with these odds. The Jaguars are for real, folks.

The pick in this article is the opinion of the writer, not a Sports Chat Place site consensus.
Previous Pick
NFL Odds: Cleveland Browns 2018 NFL Betting Preview
Next Pick
NFL Odds: Betting Washington Redskins Derrius Guice To Win Offensive Rookie of the Year