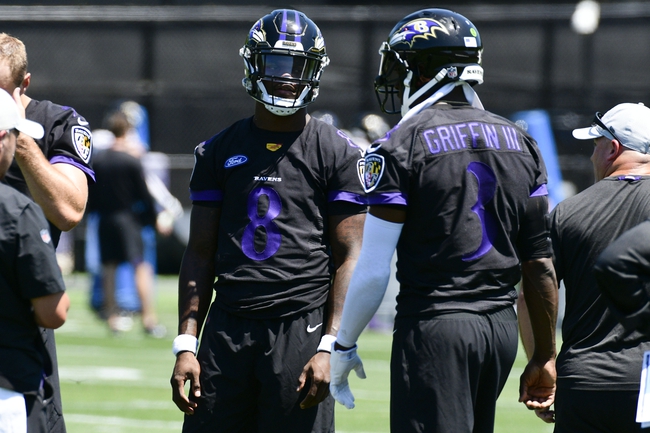 The Chicago Bears will get to see what new head coach Matt Nagy is like in a game setting for the first time, as he comes over from the Kansas City Chiefs as a former offensive coordinator. With an extra preseason game on the schedule, we’re going to see a ton of backup quarterbacks Chase Daniel and Tyler Bray, as they battle it out for the backup job behind Mitchell Trubisky. There’s a bunch of new receivers on this Bears roster in Allen Robinson, Taylor Gabriel, Anthony Miller and even the return of Kevin White, so finding a pecking order will be key in these next five games. Second round pick James Daniels should also be eager to work his way into the starting offensive line. The Bears need to find some defensive depth if this season is going to be a success, and rookie Roquan Smith and the newly acquired Aaron Lynch could be key in improving the linebacker position. The Chicago Bears haven’t had a winning season since Lovie Smith, and when that’s the case, there should be playing time available to anybody who steps up in these exhibition games.

The Baltimore Ravens haven’t made the playoffs in three years, so this is kind of a due or die season for some of the familiar faces. Joe Flacco has extra motivation with the draft selection of Lamar Jackson, and he said earlier this week that this team is going to win this season in hopes of quieting the rumors. Regardless, we’re going to see Jackson a lot in these games at the very least to get him up to speed. Oh, there’s also some guy named Robert Griffin III on this roster. Like the Bears, the Ravens have a ton of new receivers in Michael Crabtree, John Brown, Willie Sneed and Jaleel Scott, so it’s key to getting those guys comfortable in the new offense. Rookie tight end Hayden Hurst also has a chance to work his way into a starting position. Defensively, the Ravens are usually always set and didn’t really add anybody new who will see significant playing time, but seeing a healthy Jimmy Smith on the field would be nice. Cornerback Anthony Averett, who was a fourth round pick out of Alabama, also has a chance to earn a key backup role. The Baltimore Ravens have the pieces to compete in the AFC North, but it all comes down to figuring out the mess at quarterback.

Those who have followed me over the years know the only thing I truly care about when capping preseason games are the backup quarterbacks. Give me the team with the talented or expereinced QBs, guys who can put together drives and take advantage of backup defenders. Nearly every other position is a wash across the board when you start getting into rookies and guys who likely won't be on the roster in another three weeks. It's a complete toss-up given the constant roster changes. The Bears simply don't have much talent at the backup spots, while the Ravens have a former starter in RGIII and a super talented athelte in Lamar Jackson, who could downright abuse second stringers when he's comfortable. I'm backing the Ravens in this spot.

The pick in this article is the opinion of the writer, not a Sports Chat Place site consensus.
Previous Pick
NFL Odds: NFL Betting Odds for the NFC East for 2018
Next Pick
Jacksonville Jaguars vs. New Orleans Saints - 8/9/18 NFL Pick, Odds, and Prediction