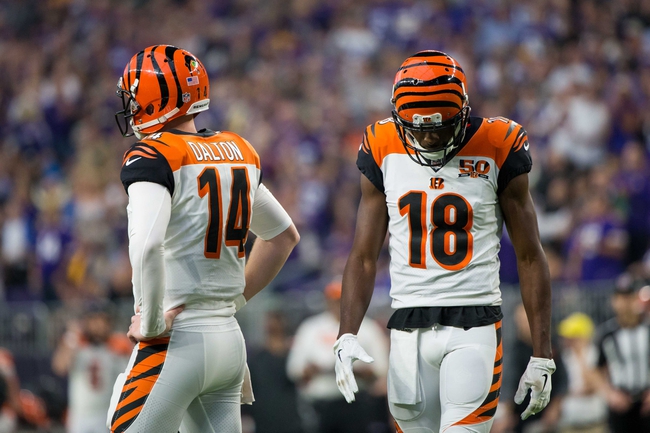 The Chicago Bears are coming off a competitive 16-17 loss to the Baltimore Ravens in which they failed to convert a two-point conversion late in the fourth quarter. The Bears had more yards and first downs than the Ravens but four turnovers didn’t help their case. Tyler Bray and Chase Daniel combined for two touchdown passes and a pair of interceptions, while Benny Cunningham led the way with 37 rushing yards on six carries. Defensively, Jonathan Anderson led the Bears with 10 tackles, Kylie Fitts had one sack and Doran Grant had an interception. The Chicago Bears played well enough to beat a team with more talent despite not playing key starters, so that alone has to make this team feel good heading into their second exhibition game and provide a decent amount of confidence. Of course, we’ll also probably see Mitch Trubisky for the first time, and word out of camp is that he’s off a struggling start. It’s one preseason game, but you have to like what you saw from the Bears in Thursday nights effort.

The Cincinnati Bengals decided to bring back coach Marvin Lewis and the rest of the gang, so preseason really doesn’t matter for this franchise. It’s all about making the playoffs and actually winning some postseason games for fans to be satisfied. The Bengals have had an extremely talented roster for years and continue to come up short for various reasons. While last year felt like the do-or-die season, this time around has to be moment things break and the excuses have run dry. However, in terms of preseason, we’ll get to look at Matt Barkley and Logan Woodside battle it out for the backup quarterback job, while first round pick Billy Price looks to lockup the starting center position. Preston Brown will make his Cincinnati debut at middle linebacker and rookie Malik Jefferson has a chance to earn some playing time right off the bat. The linebacker position overall is interesting for the Bengals with Vontaze Burfict facing a four-game suspension, opening up playing time for other guys. The Cincinnati Bengals simply need to do the business or get off the pot. It’s that simple.

The Chicago Bears could have easily won their first preseason game if it weren't for the four turnovers, and I like the team that has a game under their belt over the team that has yet to put the big boy pads on. The Cincinnati Bengals are also 1-5 SU in their last six preseason games, and they're also a team that is set at a lot of starting positions, meaning you're going to see the backups a ton in this game. The Bears should also play Trubisky for a while after he missed the hall of fame game. I like the points in this game.