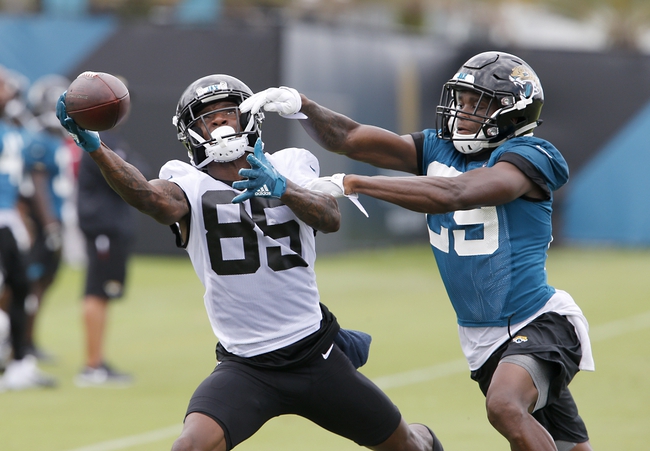 The New Orleans Saints should have nothing but Super Bowl on their mind with the way last year ended. We rarely see Drew Brees play in the preseason, and I doubt the Saints are going to give star running back Alvin Kamara much playing time. That means a ton of playing time for backup quarterbacks Tom Savage and J.T. Barrett, while rookie running back Boston Scott and wide receiver Tre'Quan Smith look to make the roster. We also can’t forget about former BYU star Taysom Hill, who has intriguing athleticism and is an interesting option if he can stay healthy. Defensively, we should get our first look at first round pick defensive end Marcus Davenport, and one of the top linebackers in Demario Davis will make his Saints debut after leaving the Jets. We’ll also see this young talented secondary with a veteran voice in the lineup with the addition of Eagles Patrick Robinson. The New Orleans Saints need to use the preseason to find depth in order to make another championship run.

The Jacksonville Jaguars are another club hoping to take that next step after surprising the league with 10 wins and coming so close to winning the AFC crown. Cody Kessler and Tanner Lee will battle it out for the backup quarterback job, while D.J. Chark, Donte Moncrief, Austin Seferian-Jenkins and Niles Paul all have to get on the same page with their new offense. It’s also going to be fun to see how improved this Jags offensive line is with the addition of an all-pro guard in Andrew Norwell, who comes over from the Carolina Panthers. The Jaguars defense is already considered one of the more talented units in NFL history, but that won’t stop rookies Taven Bryan, Leon Jacobs and Ronnie Harrison from trying to make a roster spot. Unlike past years, the Jacksonville Jaguars should be treating the preseason as a chance to tweak a couple of things and making sure their players keep that edge as a possible Super Bowl run is not out of the question. Not sure how many people thought that would be the case about 15 months ago. Sports are crazy.

I like the New Orleans Saints backup quarterback situation more than what the Jacksonville Jaguars have to offer, as they have some athletic guys who can extend plays and make things happen against second string defenses. As I said before, that's all I really focus on in preseason games, as breaking down every position when guys are only playing one or two series doesn't make much sense to me. The Saints have better quarterback depth. I'll take a shot with the free field goal here.