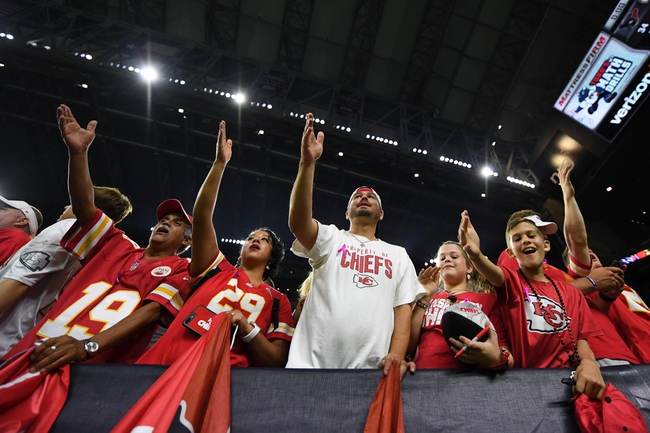 The Houston Texans have a chance to be one of the more improved teams in the league after winning just four games last season. Quarterback Deshaun Watson is healthy and expected to see preseason reps in hopes of becoming the QB he was before his ACL injury. There’s also three new quarterbacks in Brandon Weeden, Joe Webb and Stephen Morris who will all fight to make the roster. The Texans also have to figure out their offensive line, as there’s three new projected starters in Zach Fulton, Senio Kelemete and Seantrel Henderson, and it’s never easy to patch together a new OL on the fly. Defensively, it would be nice to see J.J. Watt and Jadeveon Clowney out there, but the Texans are sure to be careful with them as they return from injuries. The Houston Texans have the pieces to be one of the best teams in the AFC this season, but it all comes down to health.

The Kansas City Chiefs went from winning the AFC West to entering the season with some question marks. The main question is how young quarterback Patrick Mahomes is going to replace Alex Smith. The coaching staff is obviously high enough on Mahomes to trade away Smith, but we have yet to see the guy in an expanded role. Veterans Chad Henne and Matt McGloin will battle it out for the backup quarterback job. The Chiefs are pretty much set everywhere else on the offensive side of the ball, but it’s sure going to be fun seeing Sammy Watkins used in this creative offense, as he’s more than a big target on the outside. Defensively, the Chiefs have two new starting cornerbacks and a pair of rookie defensive linemen who could earn some playing time in Breeland Speaks and Derrick Nnadi. The Kansas City Chiefs are also an intriguing team entering the season, but a lot will be determined on the quarterback play.

This should be one of the better preseason games of the week, as both teams are led by young, exciting starting quarterbacks and the backups are former starters who had their moments. We should see some decent football played in this contest. With that said, I'm laying the small like with the Kansas City Chiefs. Preseason, regular season or postseason, it's not easy to win at Arrowhead Stadium. The field is different, the crowd shows up and it's just something about the place that makes it tough for the visiting side. While I'll be all over the Texans when the games matter, I'll take KC to get the victory here.