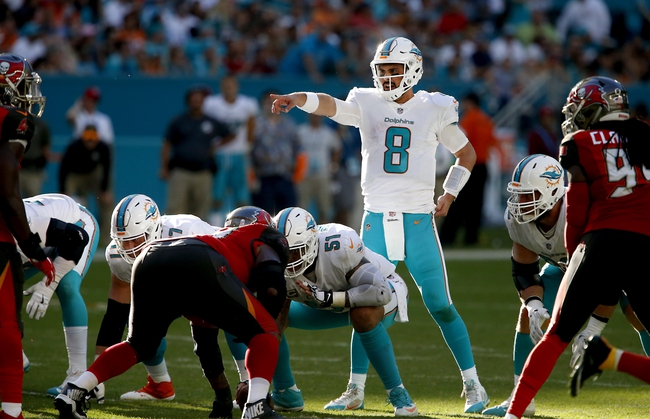 The Tampa Bay Buccaneers have nowhere to go but up after winning just five games last year and missing the playoffs for a 10th straight season. The Bucs offseason got even worse with the news that starting quarterback Jameis Winston will be suspended for the first three games. With only two other quarterbacks on the current roster, we’re sure to see a ton of Ryan Fitzpatrick and Ryan Griffin these next few games, two guys who have been around the league for a while and bring stability to the position. Rookie running back Ronald Jones has a chance to earn serious reps at a wide open position and new additions to the offensive line in Ryan Jensen and Alex Cappa have to get comfortable to make this offense work. Defensively, it’s going to be interesting to see how the new defensive line fits around Gerald McCoy, as Jason Pierre-Paul, Vita Vea and Vinny Curry are all new starters. The Tampa Bay Buccaneers have some serious questions to answer before September rolls around.

The Miami Dolphins are another team hoping for a bounce back season and could get one assuming Ryan Tannehill is healthy. Tannehill says his surgically repaired knee feels fine and he’s ready to go, but only proving that in contact football will silence the critics. The Dolphins have a lot of new offensive weapons they have to make comfortable, as Frank Gore, Kalen Ballage, Mike Gesicki, Albert Wilson and Danny Amendola weren’t on this team last season. Defensively, the health of linebacker Raekwon McMillan is key after getting hurt last preseason, as is getting an improved pass rush with the additions of Akeem Spence and Robert Quinn. First round pick Minkah Fitzpatrick is expected to start at free safety, so his production in the preseason will be huge as well. The Miami Dolphins have a chance to be a sleeper this season, but there’s a lot of new guys who have to get comfortable before the regular season begins.

The Tampa Bay Buccaneers simply weren't a good football team with or without Winston, and Fitzpatrick is good for an interception or two every time he plays an extended period. The Miami Dolphins are a deep and under the radar football team that will not only surprise people this season, but they're also a club that usually plays hard and gets decent results in the preseason. I'm not crazy excited to be betting on a Miami team that will likely give a lot of the reps here to Brock Osweiler, but Miami is the better team and we're not having to lay anything crazy. Give me the fish and the cheap spread.