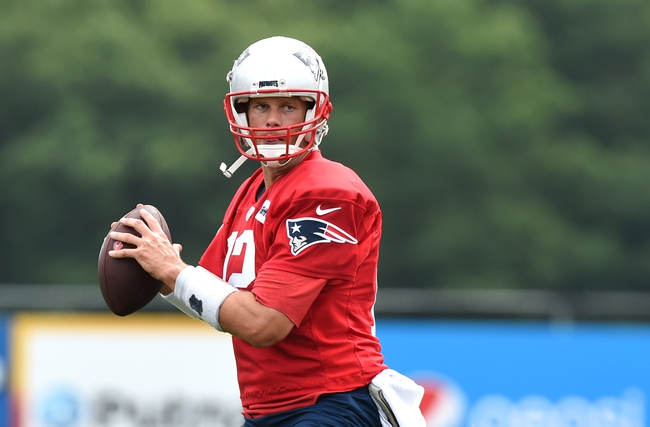 The Washington Redskins have seen their win total drop a win each of the last three seasons, so this is kind of do-or-die for Jay Gruden and his staff. The Redskins may play starter Alex Smith a little more than usual due to him being thrown into a new offense and having such a short time to get used to his teammates. Colt McCoy and Kevin Hogan will battle it out for second string, although with Smith playing nearly every game since 2013, that may not matter. Rookie running back Derrius Guice has a chance to earn the starting job in the preseason, while Chris Thompson and Samaje Perine just hope to earn enough carries to remain relevant in the offense. Defensively, first round pick Da'Ron Payne can be thrown into the starting defensive line if he lives up to the hype while a pair of Virginia Tech rookie defensive backs in Greg Stroman and Adonis Alexander just hope to do enough to remain on the roster. The Washington Redskins have a lot of position battles and a short time to figure things out.

The New England Patriots enter the preseason the same way they enter every preseason, keep the key guys healthy and just find some diamonds in the ruff who can help make another Super Bowl run. You don’t see Tom Brady much this time of year, which means get used to seeing a lot of Brian Hoyer and seventh round rookie Danny Etling. Rookie running back Sony Michel has a chance to earn the starting role and new offensive linemen Isaiah Wynn and Trent Brown must solidify their roles given the OL issues last season. It’s also going to be fun to see Braxton Berrios in this offense, as he comes off as the perfect slot receiver we’ve seen in this offense time and time again. Defensively, the Pats don’t have a ton of new faces or position battles, but I will be keeping my eye on rookie cornerback Duke Dawson, a feisty defender who can turn some heads. The New England Patriots are what they are, a team counting the days until games actually matter.

If we're being honest with ourselves, betting preseason anything is extremely risky and damn near as close to a coin flip as you're ever going to get. You don't know who is going to play, how long they're going to play and the overall goal for these teams isn't even to win. If you win, cool, but the goal for these coaches is to build depth and find out who deserves to make an NFL roster. With that said, if you're laying big chalk in these games, it's not real wise. Anything over three points is pushing it in my eyes. The Pats rarely play their starters a ton, if at all in preseason play. Give me the Redskins and the points.