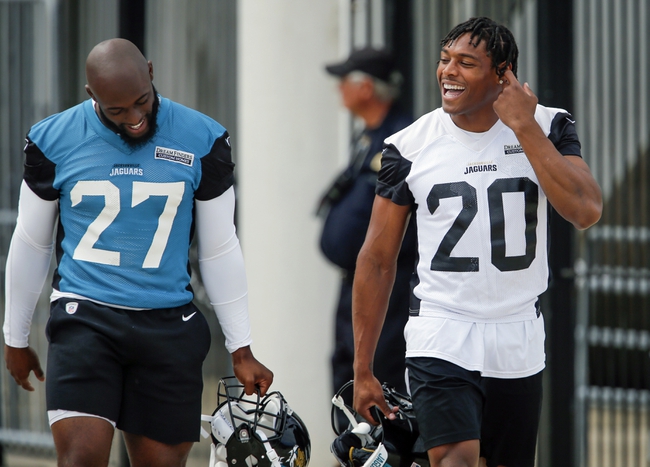 The New Orleans Saints and Jacksonville Jaguars meet up in Florida on Thursday night as both teams kick off their preseason NFL schedule.

The Saints look to shake off last season’s miraculous collapse against the Minnesota Vikings in the NFC divisional round and they get their first crack at it against a Jacksonville side that has quickly become a trendy pick in the AFC. New Orleans is loaded offensively as they usually are with Drew Brees behind center, and the emergence of former Alabama back Alvin Kamara as a rookie last season has the Saints thinking Super Bowl this season in the very competitive NFC South. Brees, Kamara, Michael Thomas, and Mark Ingram likely won’t see a ton of time here and the New Orleans defense led by rookie of the year winner Marshon Lattimore looks relatively steady despite a few positional battles up for grabs. We should also get our first look at UTSA product Marcus Davenport who was taken at pick number 14 in this year’s draft and he will be leaned on to assist in containing however much we see of Leonard Fournette.

The Jags meanwhile have one of the league’s best defenses, and certainly the best 1-2 punch in the secondary with Jalen Ramsey and AJ Bouye which bodes well for them in this spot against a high flying offense that likes to air it out. However, the first game of the preseason isn’t the time to shine for this Jacksonville defense as everyone knows they are capable of getting it done when it matters, so this should be a chance for the Jags offense to get on the same page as many people were critical when the team re-signed Blake Bortles. Jacksonville is favoured by a field goal in this spot and while it is never a great idea betting against Brees and the Saints I just don’t see the impact guys of New Orleans being on the field long enough to keep this one close.

The Saints are 4-0 ATS in their last four meetings with the Jaguars and have played to the over in four of their last five overall but in the end I think Jacksonville’s second stringers are strong than New Orleans’ and that will be the difference in a late cover.