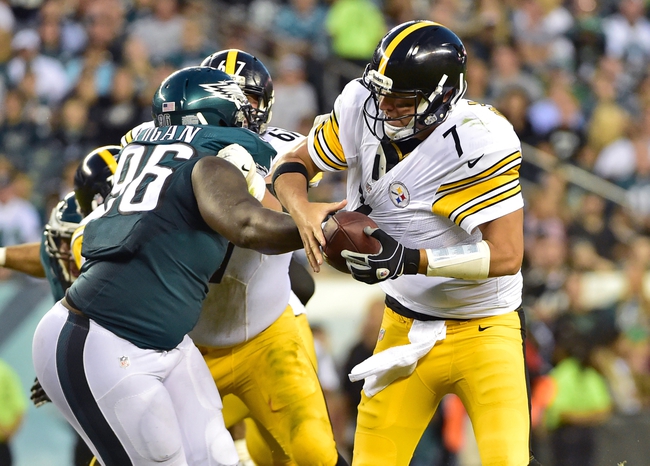 We’ve got a great matchup looming in week one of the NFL preseason over at Lincoln Financial Field as the Pittsburgh Steelers line up against the Super Bowl champion Philadelphia Eagles.

The Steelers are coming off their second straight AFC North division title, finishing with a 13-3 record. Pittsburgh also earned a bye in the first round of the playoffs, the first time they did that since 2010. In the postseason however, the Steelers took a tough loss in a high-flying game against the Jaguars 45-42.

Coming into 2018, the focus will be on aging QB Ben Roethlisberger. Though Big Ben has been extremely durable in his career, many pundits are getting the feeling that he’s on the downside of his run. Still, with talented skill players like Le’Veon Bell and Antonio Brown, there’s not much to complain about if you’re a Pittsburgh fan.

Over on the Eagles’ side, they’re still savoring their first Super Bowl win in franchise history. Philly overcame plenty of adversity on the way to their 13-3 regular season, their win over the Falcons in the Divisional Round of the Playoffs, the win over the Vikings in the NFC Championship, and an exciting 41-33 win over the Patriots in an immediately classic Super Bowl.

Philadelphia has a good problem to have at QB, where their talented young No. 1 Carson Wentz comes in just ahead of Super Bowl MVP Nick Foles on the depth chart. There’s no guarantee Wentz will be available for Week 1 of the regular season, but if he’s not the Eagles are in good hands with Foles.

With Wentz on the shelf for a little while longer at least, we’re going to be seeing a minor spattering of Foles on the field, followed by third- and fourth-string QB play. I’m thinking the focus for Philly will be getting everyone into the regular season intact, so this seems like a Steelers cover to me.