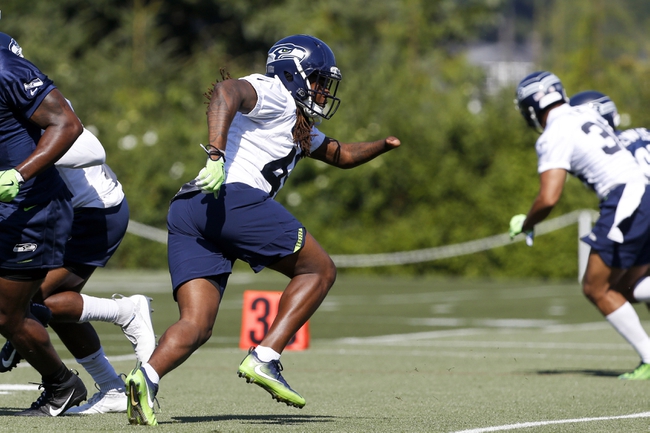 The Indianapolis Colts have had some frustrating years recently, but a lot of that can turnaround if quarterback Andrew Luck is finally healthy. Luck has been dealing with a shoulder injury for what feels like forever, but he says he feels better than previous comeback attempts and the coaching staff expects him to play in the preseason opener. Luck playing at his potential makes the Colts a much more capable team. The next step for the Colts is patching together an offensive line than will feature three new starters in Quenton Nelson, Braden Smith and Austin Howard. Defensively, rookie defensive end Tyquan Lewis and linebacker Kemoko Turay have a chance to earn serious regular season reps, while Denico Autry should drastically improve this Colts pass rush. The Indianapolis Colts are far from the perfect team, but a healthy star quarterback will go a long way toward a possible playoff push in the AFC South.

The Seattle Seahawks look a lot differently than in years past, as LOB is no longer LOB with Kam Chancellor and Richard Sherman no longer around. There’s still some household names on that Seahawks defense, but it’s less scary and the chemistry won’t be the same. In preseason, I’ll mainly be keeping an eye on UCF rookie Shaquem Griffin, who plays his tail off despite missing a hand. Offensively, rookie running back Rashaad Penny has a chance to earn a starting job and Alex McGough will hope he can make the roster as a backup quarterback behind Russell Wilson. The Seattle Seahawks haven’t complete fallen off the wagon just yet, but there’s tons of question marks with this team and you don’t get the same feel from this group that you have over the years.

I wanted to back the Indianapolis Colts and the free field goal simply for having a possible starting quality quarterback as a backup in Jacoby Brissett, who should see the bulk of the reps with Luck still rehabbing his injury. But then you remember this game is played in one of the toughest places to play and the Seahawks always have these young, athletic defenders who are eager to earn a roster spot and keep the line rolling. This year more than ever, there's going to be playing time open for the Seahawks with so many moving parts. I'll lay the field goal with the Seahawks.