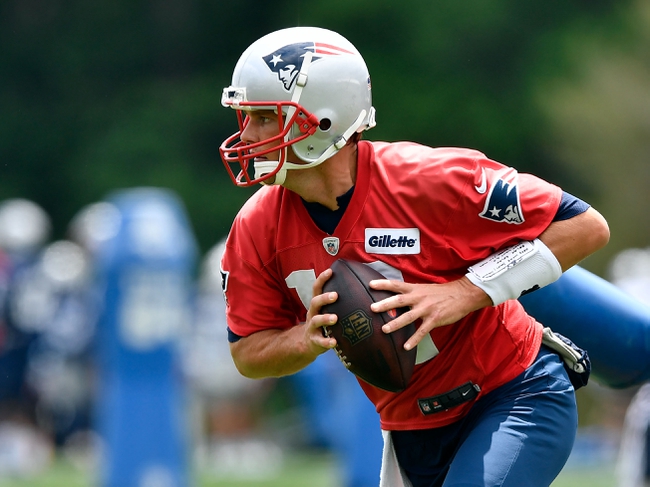 The New England Patriots begin their quest for another AFC crown as they host the Washington Redskins in Foxboro on Thursday night.

The Redskins head into New England looking to start the preseason off on the right foot as they begin life without Kirk Cousins and begin a new era under Alex Smith. Washingotn has high hopes coming into the season as they feel they have the roster capable of competing in the NFC East, but with the Eagles coming off a Super Bowl win, the Cowboys having some of the league’s biggest names, and the Giants looking invigorated with a healthy Odell Beckham and the selection of Saquon Barkley they could be in tough. Washington nabbed a standout rookie running back of their own in Derrius Guice and he will immediately compete for snaps with Chris Thompson and Samaje Perine which could give the Redskins a shot at keeping this contest close as one of their feature backs should play deep into the second half.

The Pats meanwhile continue to reload as they have added the likes of Eric Decker, Sony Michel, Jeremy Hill and Cordarrelle Paterson to their offense but it is New England’s defense that some are calling into question as beyond Dont’a Hightower and Stephon Gilmore they don’t have a ton of big names. However, guys like Devin McCourty, Trey Flowers, and Patrick Chung are all capable of being difference makers and while they may not see a ton of time this week they will be ready to go in September.

The Redskins are 2-5 ATS in their last seven road games and have played to the under in their last four games overall while the Patriots are 9-4 to the over in their last 13 home games and 6-2 in their last eight ATS on turf. Washington has more to play for in terms of reps and position battles here and while New England is always a tough out I think the Redskins can keep this one close.