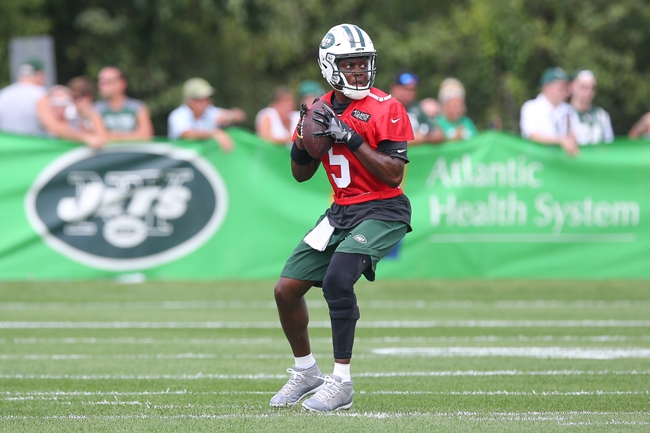 The Atlanta Falcons are coming off a 10-win season and have been a popular pick with bettors to win the Super Bowl this year. The Falcons are set at a lot of positions, especially on the offensive side, so be prepared to see Matt Schaub and Garrett Grayson battle it out for the backup quarterback job. Schaub is obviously quite experienced, but he has a habit of making positive plays for the other team, so be careful. Rookie running back Ito Smith will fight to work his way into the rotation and seeing wide receiver Calvin Ridley become the difference maker this unit needs could be enough to put this squad over the top. Defensively, the Falcons seem to have their starters in place as well, but second round pick cornerback Isaiah Oliver could emerge as the top backup and seeing Vic Beasley back on the defensive line full time should help him improve last years numbers. The Atlanta Falcons are about as set on paper as any team in the league.

The New York Jets are on the opposite side of things and should be treating preseason as a chance to become a more consistent team that can finish games. Josh McCown is what he is at this stage of his career, but a quarterback competition between Teddy Bridgewater and Sam Darnold is worth watching. Possibly Terrelle Pryor returns to the player he was the last season with the Cleveland Browns, and a trio of running backs in Isaiah Crowell, Bilal Powell and Thomas Rawls has a chance to be one of the deeper, better backfields in the league. Defensively, the Jets have a lot of intriguing starters who have the potential to form into something really productive. Avery Williamson says he wants to make sure the defense is communicating with one another and flying to the football. This should be an energetic bunch for this contest. The New York Jets have playing time available, so this should be a competitive team to watch in preseason play.

Usually I'm not trying to lay chalk anywhere above three points, so the hook scares me a bit in this game. However, I'm not trying to side with a team that's going to give Matt Schaub majority of the reps. He's extremely turnover prone and is facing a Jets defense that plays the ball well. Also, Bridgewater is a former starter who can still start in this league, so you know he'll be eager to prove himself, if not for the Jets, for somebody else, and while Darnold has turnover issues of his own, he can still throw the ball well and carve up second string defenders. I like this Jets roster at elast for preseason action. So, I'll lay the chalk.