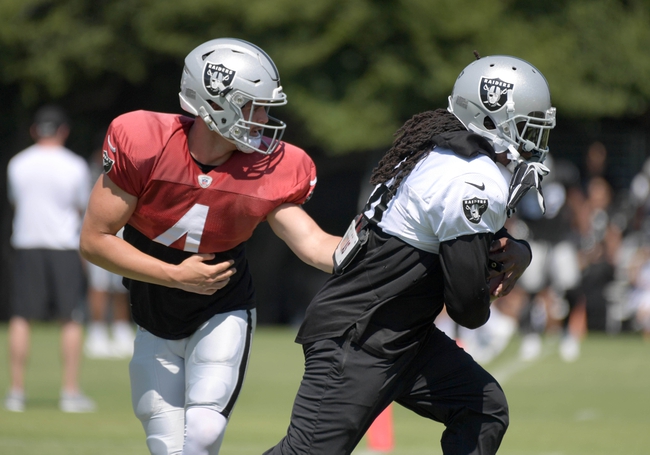 Detroit comes into this season following a 9-7 mark in 2017, their second straight year finishing with that record. The Lions started out quite well at 3-1, but then lost six of their next 12 games and missed out on the playoffs with a second-place NFC North finish.

The Lions do have some significant weapons on offense this season. Veteran QB Matthew Stafford will come under center once again, and he’s backed up by RB LeGarrette Blount. Golden Tate figures to be the lead receiver this year, while Marvin Jones and Kenny Golladay will look to make a big impact as well.

Over on the Raiders’ side, hopes are high for a big step forward in 2018. Last season, Oakland finished at just 6-10, which left them at third place in the AFC West and out of playoff contention. This was the first double-digit loss season for Oakland since 2014.

Taking the reins for the Raiders again this year is QB Derek Carr, who will have a couple of big-time targets at his disposal in Amari Cooper and Martavis Bryant. The Oakland running game should be strong as well with Marshawn Lynch and Doug Martin in the backfield.

Preseason NFL games are always pretty sketchy; you have to look down the roster at the second, third and fourth-stringers to get a good feel for a team’s talent level. I’m thinking the Raiders’ first unit is good enough to drive down the field and get an early score, then hand things off to the backups who should be able to hold their own as well. I’m going to go with Oakland here, but it should be a close game.