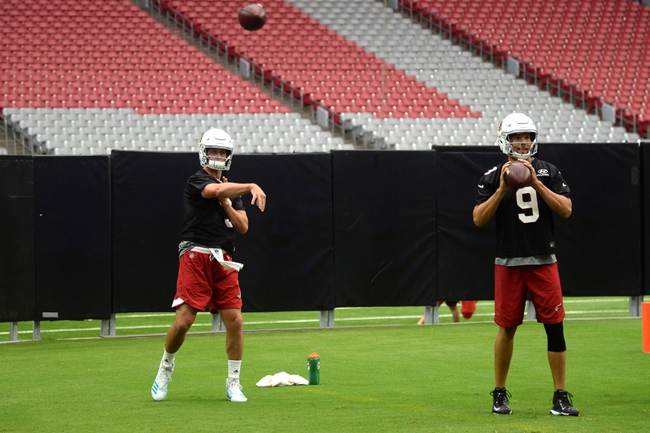 The Los Angeles Chargers and Arizona Cardinals meet Saturday in NFL preseason action at U of Phoenix Stadium.

The Los Angeles Chargers are once again that really good team in the AFC that just can’t catch a break. It seems like every year the Chargers end up with half their team on the injury list, and they enter this preseason with tight end Hunter Henry and cornerback Jason Verrett out for the year. The Chargers just can’t catch a break it seems like. Regardless, the Chargers seem about set on the offensive side of the ball, but it should be fun watching a backup quarterback battle between Geno Smith and Cardale Jones, two guys who were intriguing draft picks coming out of college. Defensively, it’s all about rookie defensive back Derwin James out of Florida State, who was one of the better players in the draft last April. If James shines out of the gate, the Chargers secondary should be able to mask the Verrett injury. The Los Angeles Chargers just need to stay healthy, but there’s still four weeks before the regular season begins.

The Arizona Cardinals have a new head coach in Steve Wilks and a different looking team overall as well. The Cardinals roll out three new quarterbacks in Sam Bradford, Mike Glennon and Joe Rosen, and you could probably make a case for all three getting the starting job. Christian Kirk has the ability to emerge as the second best receiver on this roster and it will be key for the right side of the offensive line in Justin Pugh and Andre Smith figure things out rather quickly. Defensively, the Cardinals seem to have their starters in place for the most part, but I really want to see Robert Nkemdiche be the contributor he’s capable of being, and a healthy Chandler Jones would go a long way for this team as a whole. The Arizona Cardinals have some intriguing pieces to work around, but there’s a lot of turnover, mainly with a new coach and all new quarterbacks, and there’s not a lot of time to figure things out.

The Arizona Cardinals are probably a team you should be looking to bet on in the preseason simply because of the quarterback comp, as it wouldn't shock me if any of the three guys won the job. But then again, there's a reason Bradford and Glennon have bounced around, and it's not a good one. Geno Smith should be out to prove he deserves to be on an NFL roster, and his movement could give him an edge over backup defenders. Cardale Jones also isn't bad, as he's an above-average athlete and has a cannon for an arm. I like the value of getting some free points with the Los Angeles Chargers...