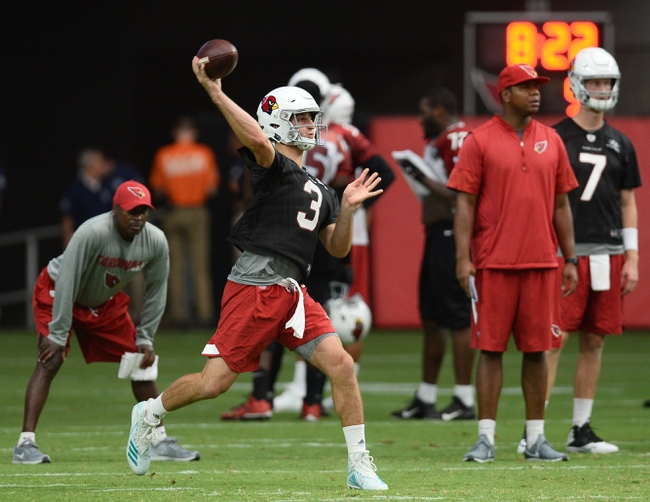 We have some opening week NFL preseason action on Saturday as the Los Angeles Chargers and the Arizona Cardinals finish off the first week of the preseason from the University of Phoenix Stadium.

The Los Angeles Chargers will be looking to build on what ended up being a somewhat successful season. After starting 0-4, the Chargers went 9-3 the rest of the way to finish at 9-7, missing out on the division title by one game and losing out on a wild card spot in a tiebreak. This year will be the first since 2003 that Antonio Gates will not be suiting up for the Chargers after his contract expired. Philip Rivers returns for yet another season at the helm of the Chargers’ offense, one year removed from throwing for over 4,500 yards and 28 touchdowns with just 10 interceptions. Keenan Allen had a solid 2017 campaign, grabbing 102 balls for just under 1,400 yards and 6 touchdowns last season after having an injury-plagued 2015 and 2016 seasons where he appeared in just nine games in total. Hunter Henry’s loss to a torn ACL pushes Virgil Green into the starting lineup and are hopeful to keep last year’s first round pick in Mike Williams healthy after playing just 10 games last season and recording just 11 catches. On defense, the Chargers built up through the draft, using their first four picks on defenders, including safety Derwin James at 17th overall and linebacker Uchenna Nwosu out of USC in the 2nd round. Joey Bosa led the way with 12.5 sacks last season but the Chargers struggled against the run as a team last season, finishing 2nd worst with just under 2,100 total rushing yards against, an average of 131.1 yards per game.

The Arizona Cardinals will be looking to improve on an 8-8 season that saw the Cardinals part ways with head coach Bruce Arians and bring in Steve Wilks for his first head coaching gig in the NFL. The Cardinals brought in a new group of quarterbacks, including Sam Bradford through free agency and by drafting UCLA QB Josh Rosen 10th overall. Whoever takes snaps under centre, has a capable offense behind them, with the likes of David Johnson (should Johnson be able to stay healthy after suffering two major injuries in the last two games in which he has taken the field) at running back and mainstay receiver Larry Fitzgerald along with fellow first round draft pick Christian Kirk out of Texas A&M. Defensively, the Cardinals will hope to maintain a defensive unit that has finished in the top-10 in total defense for 3 straight years, and barely missing out on a top-5 spot for the 3rd consecutive season after finishing 6th last season. The problem is that the Cardinals are missing four of their biggest pieces from recent defensive units, such as Tyrann Mathieu and Tyvon Branch in the secondary and veterans like Karlos Dansby and another secondary player in Tramon Williams. Patrick Peterson remains in the secondary and Chandler Jones is back after leading the NFL with 17 sacks last season and 40.5 total sacks in the last three seasons.

The road team has had the majority of the success when these two teams lock horns, but I’ve said it before and I’ll say it again. Betting on preseason football is all about who has more depth and who has more position battles going on. A lot of the Chargers’ starting positions are locked in and eve some lower strings on the depth chart. The Cardinals have a lot of position battles of their own, including one for the starting quarterback gig in week 1. I just think the Cardinals have more to play for internally, so I’ll lay the points with Arizona at home in this one.