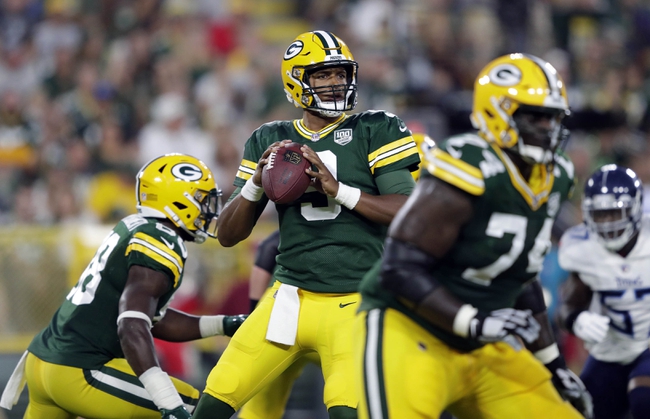 The Pittsburgh Steelers won their preseason opener on the road over the Philadelphia Eagles, 31-14. In the victory, Mason Rudolph and Joshua Dobbs combined for 192 passing yards, one touchdown and one interception. Fitzgerald Toussaint led the Steelers with 29 rushing yards and one touchdown on seven attempts while Damoun Patterson and JuJu Smith-Schuster combined for 148 receiving yards and two touchdowns on seven receptions. Tyler Matakevich led the Steelers with five tackles, Olasunkanmi Adeniyi had one sack and Cameron Sutton had one interception. The Steelers scored in every quarter, while shutting out the Eagles in three of the four quarters. While it’s just preseason, the Steelers had one of the more impressive team performances in week one, especially considering very few of projected starters played in the contest. The Pittsburgh Steelers have won five of their last seven preseason games.

The Green Bay Packers won their preseason opener at home to the Tennessee Titans, 31-17. In the victory, DeShone Kizer and Tim Boyle combined for 264 passing yards, two touchdowns and zero interceptions. Joel Bouagnon led the Packers with 25 rushing yards and one touchdown on 11 attempts while Marquez Valdes-Scantling and Jake Kumerow combined for 177 receiving yards and two touchdowns on eight receptions. Oren Burks led the Packers with six tackles, Kyler Fackrell had one sack and Vince Biegel had one fumble recovery. The Packers scored at least one touchdown in three of the four quarters and ran 82 plays compared to the Titans 58 plays. Despite the one interception thrown from Brett Hundley, the Packers played as flawless of a preseason game as you could have wanted. The Green Bay Packers have won seven of their last nine preseason games.

Both of these teams have made you some nice coin the past couple of years in the preseason, and they were two of the more impressive teams last week in preseason action. The Steelers have a nice backup QB situation going on that's creating some nice production, and the Packers have two former starters leading the way, which always gives me some stability and confidence. I like the Packers at home simply due to the offensive depth and the confidence I have in a combination of Hundley and Kizer. Neither were great as starters, but they can produce at a solid level against backups. Give me the Packers and the cheap line.