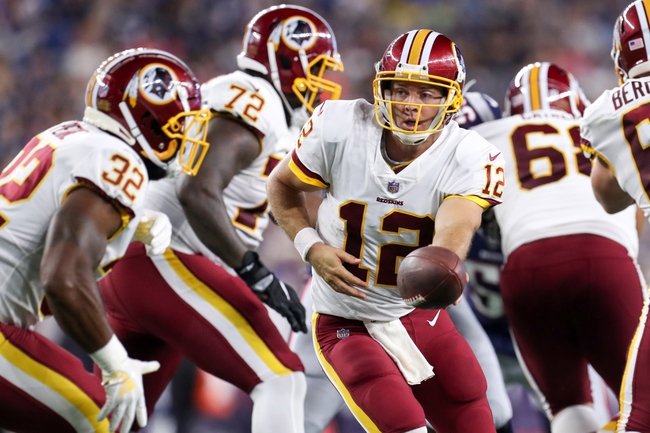 The New York Jets won their preseason opener at home against the Atlanta Falcons, 17-0. In the victory, Sam Darnold and Teddy Bridgewater combined for 181 passing yards, two touchdowns and zero interceptions. Trenton Cannon led the Jets with 40 rushing yards on 11 attempts while Charles Johnson and Neal Sterling combined for 83 receiving yards and one touchdown on seven receptions. Neville Hewitt led the Jets with eight tackles, Dylan Donahue had one sack and Obum Gwacham had two tackles for loss. The Jets caching staff has to love what they saw from the defense, as they pitched a shutout, produced eight tackles for loss and allowed just 11 first downs. The Jets also may have a quarterback battle on their hands, as Bridgewater looked extremely impressive, and it’s not like Josh McCown is going to be any better than what he’s shown throughout his journeyman career. All of a sudden the Jets become a little interesting, at least for the preseason. The New York Jets have lost five of their last eight preseason games.

The Washington Redskins lost their preseason opener on the road to the New England Patriots, 17-26. In the losing effort, Colt McCoy and Kevin Hogan combined for 214 passing yards, two touchdowns and zero interceptions. Kapri Bibbs led the Redskins with 48 rushing yards on four attempts while Cam Sims and Robert Davis combined for 109 receiving yards on five receptions. Shaun Dion Hamilton led the Redskins with 10 tackles, Matt Ioannidis had one sack and Tim Settle had one fumble recovery. The Redskins looked like they were going to get a preseason victory until they were outscored 0-16 in the fourth quarter. Still, the Redskins produced 333 total yards, ran the football well and got effective play out of both of their backup quarterbacks. A victory would have been nice, but there are positives to take away from the Redskins preseason opener, despite the losing effort. The Washington Redskins have won five of their last eight preseason games.

We should see more of the starting quarterbacks in this game, which adds an een bigger boost to the scoring potential. Alex Smith didn't play a lick last week for the Redskins, and McCown has to earn his starting job with Bridgewater playing the way he did. Regardless, I like what I saw from both offenses last week and think we can see some points in this contest. Both teams were able to move the ball with their backup QBs and Darnold has impressed the Redskins secondary in practice. I'll side with the over in this matchup.