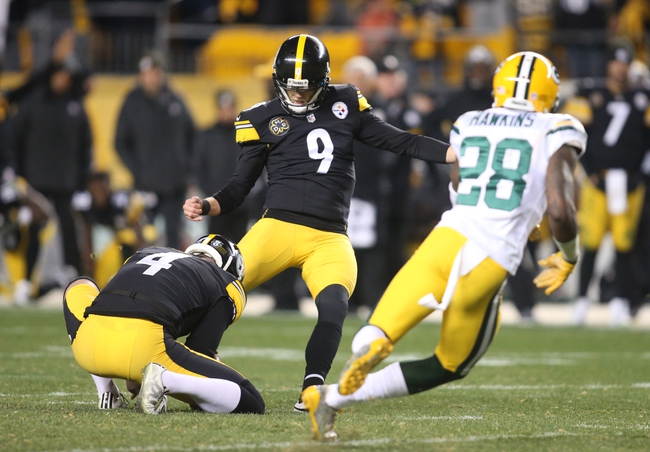 We’ve got a fun Week 2 NFL Preseason matchup coming on Thursday from Lambeau Field, as the Pittsburgh Steelers and the Green Bay Packers match up on the gridiron.

The Steelers managed a successful 13-3 regular season in 2017, finishing first in the AFC North. The year finished on a sour note however, as Pittsburgh lost 45-42 to the upstart Jaguars in the Divisional Round of the playoffs.

Pittsburgh sits at 1-0 in the preseason so far. In their first game, the Steelers took a 31-14 victory over the Eagles. The Pittsburgh QBs fared pretty well in that one, with Joshua Hobbs and Landry Jones both throwing for touchdowns.

Over on the Green Bay side, they’re coming off a disappointing 7-9 finish in the NFC North in 2017, mostly thanks to losing star QB Aaron Rodgers in Week 6. It was the Packers’ first losing season since 2008.

In their first preseason action this year, the Packers jumped out to a 1-0 start thanks to a 31-17 win over the Titans. In that one, Green Bay QBs Brett Hundley and Tim Boyle combined for three touchdowns, 238 passing yards and one pick.

This should be a great matchup, even though it is preseason. Both these teams are under great leadership and should perform well, even down to their third- and fourth-stringers. The Packers’ 2017 campaign shows just how much the team relies on Rodgers, and we probably won’t see much of him here. As such, I’m going to go Pittsburgh for the cover—but the over looks like the best play to me.