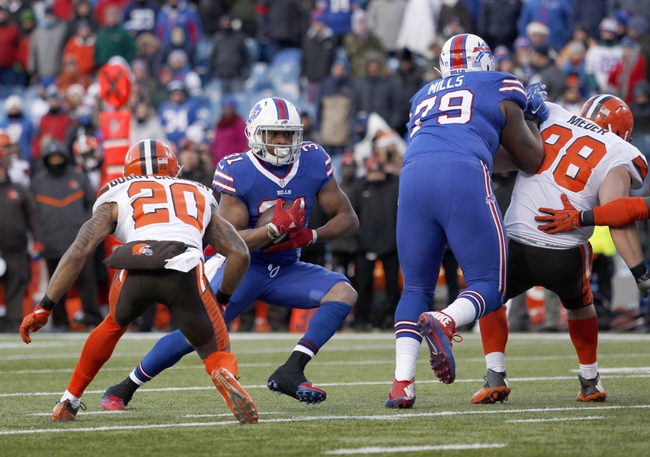 Headed our way on Friday from FirstEnergy Stadium, the Buffalo Bills will be visiting the Cleveland Browns in NFL preseason action.

The Bills had something of a magical season in 2017, finishing 9-7 and in second place in the AFC East. That was good enough for a Wild Card appearance, where Buffalo lost a tough one 10-3 against the Jaguars.

Buffalo fell in their first preseason game, 28-23 to the Panthers. In that game, Bills QBs Josh Allen and Nathan Peterman combined for 18 completions, 235 yards and two touchdowns. Marcus Murphy also added a rushing touchdown for the Bills.

Over on the Browns’ side, there’s plenty of room for improvement after they posted an 0-16 mark in 2017. They were only the second team in the history of the NFL to go 0-16, following the 2008 Detroit Lions.

Cleveland took a victory 20-10 against the Giants in their first preseason game. Quarterback Baker Mayfield logged 212 yards and two TDs, while fellow QB Tyrod Taylor went 5-for-5 passing with 99 yards and a score.

2018 should be an interesting year for both of these teams. There’s plenty of competition within their own respective divisions, as Buffalo will have to contend with the Patriots juggernaut and Cleveland has Pittsburgh to worry about. Still, I expect the Browns to bang out a few wins this season and get going in the right direction. I think Cleveland has enough talent to manage a cover here.