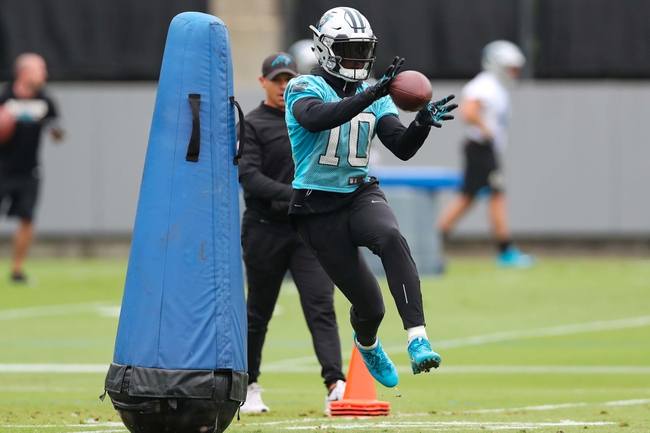 The Miami Dolphins lost their preseason opener at home to the Tampa Bay Buccaneers, 24-26. In the losing effort, David Fales and Brock Osweiler combined for 198 passing yards, zero touchdowns and zero interceptions. Kalen Ballage led the Dolphins with 37 rushing yards on 10 attempts while Francis Owusu and Albert Wilson combined for 113 receiving yards on six receptions. Cornell Armstrong led the Dolphins with five tackles, Vincent Taylor had one sack and Jordan Lucas had one fumble recovery. The Dolphins had their chances to win the preseason game, but Ryan Tannehill looked good for throwing just six passes, and getting him 100 percent by September is a victory in itself. Rookie safety Minkah Fitzpatrick also had his moments in the game, which is also key if the secondary is going to hold up. The Dolphins will certainly take those two positives heading into Friday night. The Miami Dolphins have lost five of their last eight preseason games.

The Carolina Panthers won their preseason opener on the road to the Buffalo Bills, 28-23. In the victory, Taylor Heinicke and Garrett Gilbert combined for 214 passing yards, two touchdowns and zero interceptions. C.J. Anderson led the Panthers with 16 rushing yards and one touchdown on four attempts while DJ Moore and Curtis Samuel combined for 118 receiving yards on eight receptions. Colin Jones led the Panthers with five tackles, Jermaine Carter had one sack and Shaq Thompson had one interception. The Panthers won their preseason contest despite losing the time of possession battle and being outgained by 88 yards. The backup quarterbacks played well and the Panthers defense created two sacks and four tackles for loss. While the players who contributed most to the victory won’t see the field much on Sunday’s, the Panthers have to be pleased with their preseason opening victory. The Carolina Panthers have won four of their last six preseason games.

The Carolina Panthers have been a rather positive preseason team the last couple of years and their backups played well last week. The Miami Dolphins are a team of ups and downs and inconsistency, and they lose a lot of games off of silly mistakes. The Panthers have a lot of difference makers on the defensive side, and they should be able to bait some of these Dolphins' quarterbacks into some mistakes. I'll lay the field goal with the home team. I'm not trusting a game of Osweiler and Fales on the road. Turnovers will be the key in this contest.