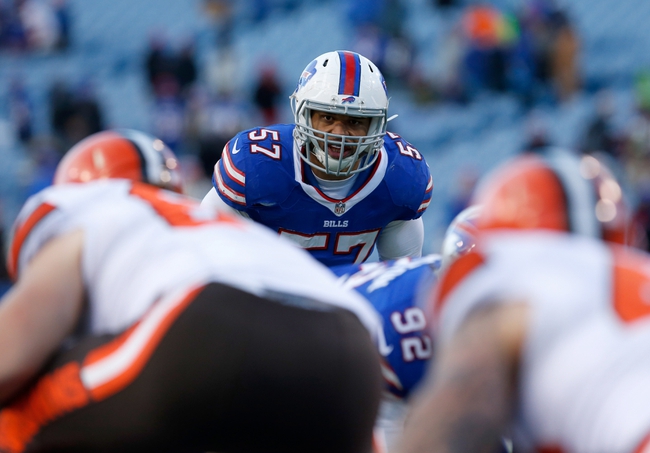 We have some week 2 NFL preseason action from FirstEnergy Stadium as the Buffalo Bills take on the Cleveland Browns.

The Buffalo Bills will look to bounce back after dropping their preseason opener against Carolina by a final score of 28-23. It was quite the passing display for Buffalo, as all three QBs that saw the field passed for at least 100 yards, with Nathan Peterman throwing for 119 yards, a touchdown and an interception on 9 of 10 passing. Josh Allen and A.J. McCarron threw for 116 yards each, with Allen throwing 9 for 19 with a touchdown. Marcus Murphy took his team-leading 7 carries and turned them into 35 yards and a touchdown while Kelvin Benjamin and Brandon Reilly tied for the Bills’ lead with 59 receiving yards, with Benjamin logging 4 catches to Reilly’s 1. Ray-Ray McCloud III added 3 catches for 50 yards and a score while the aforementioned Murphy caught 4 balls out of the backfield. Harrison Phillips logged Buffalo’s lone sack while Xavier Woodson-Luster led the Bills with 4 tackles.

The Cleveland Browns will be looking to build on a 20-10 victory over the New York Giants in their preseason opener last time out. Baker Mayfield put on a show, going 11 for 20 with 212 yards and 2 touchdowns while Tyrod Taylor went a perfect 5 for 5 with 99 yards and a score. Matthew Days and the aforementioned Mayfield tied for the team lead with 13 rushing yards while Nick Chubb turned his team-leading 15 carries into just 11 yards. Antonio Callaway led the Browns with 87 receiving yards and a touchdown on 3 catches while Rashard Higgins led Cleveland with 4 receptions and David Njoku hauled in a pair of touchdown grabs. Mychal Kendricks and Chris Smith each had a sack in the win while B.J. Bello led the Browns with 4 tackles.

Buffalo’s display at quarterback in their opener was impressive as all three options proved to be capable for the Bills offense. However, I like what the Browns did in their first game, and if Mayfield continues to play like that, he could give Tyrod Taylor a run for his money for the starting QB job. The home team has had the bulk of the success when these two teams lock up, so I’ll lay the points with Cleveland in this spot.