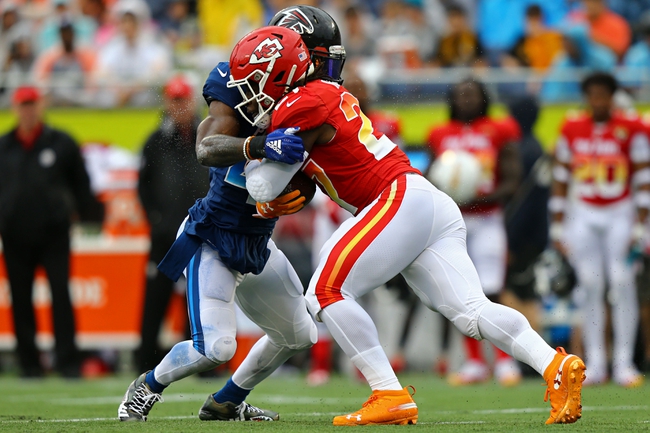 The Atlanta Falcons head into Kansas City to face off against the Chiefs as both sides play their second game of their respective exhibition schedule on Saturday.

The Chiefs will look to get their offense rolling as they managed to score just 10 points at home against the Texans in their preseason debut, and with Patrick Mahomes likely to see a bit more time in this one we should see how the second year signal caller is gelling with the first team offense. Kansas City comes into the season as a dark horse pick out of the AFC as Andy Reid always seems to find a way to get the best out of his personnel, and with Kareem Hunt, Tyreek Hill, Travis Kelce, and Sammy Watkins in place to give Mahomes plenty of support on the offensive side of the ball they could very well go on a playoff run. They take on the Falcons on Friday night who also lost their preseason opener as has seen the line shift in their favour as this game opened with the Falcons as a 2.5-point favourite and it has moved to a pick em.

The Falcons come into the season with Super Bowl aspirations as they are amongst a handful of teams in the NFC that should challenge the Eagles as the reigning champs but they are coming off a 17-0 shutout in their preseason opener against the New York Jets. Atlanta will look to get on the scoreboard early and often here as they could send Matt Ryan into the action, but with injuries always a concern in the preseason I don’t expect to see much of him here, especially against a Chiefs defense that will be out to make a statement as well.